4Kids Entertainment Home Video, Inc., the home video unit of 4Kids Entertainment, Inc. (NYSE: KDE), in association with FUNimation, will release the third volume of the special DVD collector’s editions of YU-GI-OH! and SHAMAN KING on February 22, 2005. Never before available in the U.S. and Canada, the discs will contain the original, unedited Japanese animation and Japanese dialogue with English subtitles, as well as optional English language tracks.

“Our uncut versions have demonstrated a strong appeal with the loyal anime enthusiasts and have been proven sellers at specialty retailers around the country,” said Joe Lyons, Director of Home Entertainment, 4Kids Entertainment.

The collector’s uncut editions restore many features of the original Japanese versions, changed due to the necessities of American broadcast standards. Also restored is footage cut in order to meet on-air time requirements for commercials. The releases will also feature newly recorded English language tracks with the entire original cast, as well as the original Japanese tracks and English subtitles. 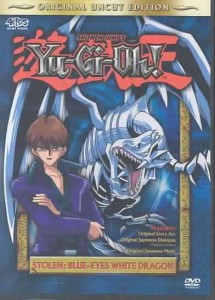 Based on a popular Japanese comic series, YU-GI-OH! follows the tales of a boy infused with incredible mystical powers, who, along with his three best friends, sets out on the adventure of lifetime, filled with wild, magical duels.

With its roots also in Japanese comics, SHAMAN KING chronicles the adventures of a 13-year-old shaman and his quest to be the next Shaman King. Traveling the world along with the spirit of a samurai warrior, the two fight evil spirits and other adversaries along the way. Shaman King currently airs on 4Kids TV. For more information on YU-GI-OH! and SHAMAN KING, please visit www.4kids.tv.