First there were fourteen, and then eight, and finally only one remained. Players from all around the world, including the US, Japan, Spain, Netherlands, Germany, France, Italy, UK, and Sweden participated in the 2005 Yu-Gi-Oh! World Tournament Championship this past weekend in Tokyo, Japan. 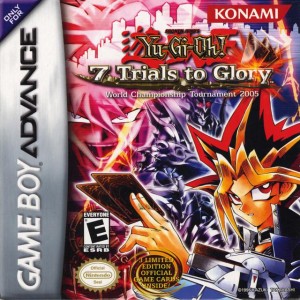 2005 Yu-Gi-Oh! World Tournament Championship The video game tournament began on August 6th and all fourteen duelists used the Yu-Gi-Oh! 7 Trials to Glory World Championship Tournament game for the competition. The duelists were pitted against one another to determine the eight that would move onto the following day’s competition. The top two players at the end of day two of the competition dueled on a stage in front of 800 fans until only one remained.

Then the top four players were given their awards, presented by Kazuki Takahashi, creator of Yu-Gi-Oh! Team U.S.A. was represented by five duelists, of which Patrick Dicks (winner of the Yu-Gi-Oh! U.S. Championship Finals Video Game Tournament) took an astounding fourth place at the World tournament. We would like to offer our congratulations to team U.S.A. and to all the winners of the 2005 Yu-Gi-Oh! World Tournament Championship.

The top four duelists at the video game tournament were: