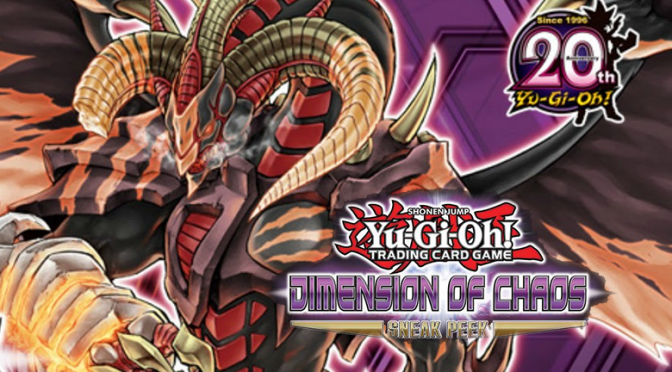 KONAMI OFFERS UP SOME TREATS AND A FEW TRICKS WITH THE Yu-Gi-Oh! TRADING CARD GAME DIMENSION OF CHAOS BOOSTER SET

El Segundo, Calif. (October 20, 2015) – Konami Digital Entertainment, Inc. (KONAMI) doles out the treats with the Dimension of Chaos booster set, releasing nationwide November 6. Yu-Gi-Oh! TRADING CARD GAME (TCG) fans can also get into the Halloween spirit by checking out the Dimension of Chaos Sneak Peek on October 31. The latest 100-card set features brand-new support for the powerful Black Luster Soldier and more, sure to elicit a scream from any opponent. 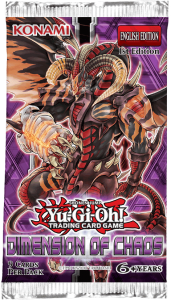 Dimension of Chaos also introduces cards for brand-new Deck themes sure to make Duels more exciting than ever. Players can create powerful new strategies with the Majespecters, spell-casting Pendulum Monsters that can’t be destroyed by an opponent’s Monster effects, or take control of an opponent’s Monsters with Graydles. New cards for existing themes like Blackwings, D/D, Kozmo, Frightfur, Performapal, Igknights, Odd-Eyes and much more make this set no Duelist will want to be without.

As another treat for fans, and a great way for them to get their hands on the latest cards early, participating Official Tournament Store (OTS) locations will be holding Sneak Peeks of Dimension of Chaos on either Saturday, October 31 or Sunday, November 1, depending on the availability of the store. Visit this link to see if an Official Tournament Store in your area is hosting a Sneak Peek: http://www.yugioh-card.com/en/events/sneakpeek.html.