Congratulations to Jessy Samek and his Kozmo Deck for rising above the rest to become the YCS San Jose Champion! 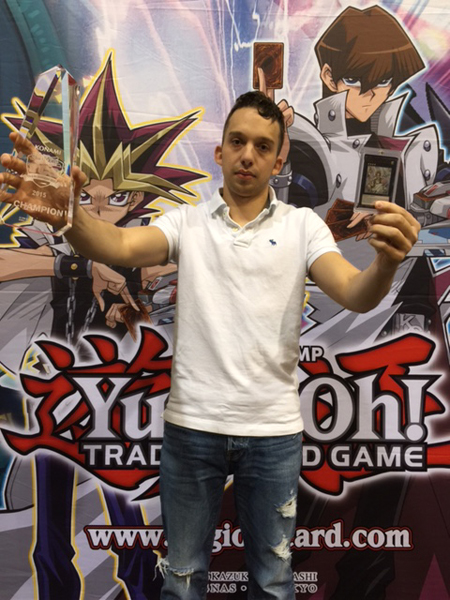 SJC Philadelphia 2007 winner Jessy Samek has added some more credentials to his résumé this weekend as he takes the Yu-Gi-Oh! Championship Series (YCS) San Jose Championship. He Dueled his heart out and put himself in the title match, trying to win a second event after nearly 8 years. His opponent was Sebastian Crawford, and while he may be the new kid on the block in this feature, ge is still definitely a force to be reckoned with as he has made it this far with the same Deck.

Samek is using tech cards such as Moon Mirror Shield and Escape from the Dark Dimension, while Crawford is equipped with Light and Darkness Dragon.

Well have more details as well as the Dragon Duel winner once the official press release is available, so stay tuned..