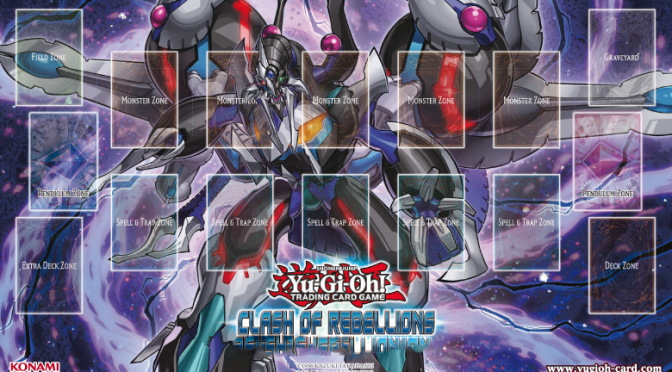 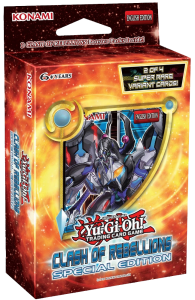 At an MSRP of $9.99, Clash of Rebellions Special Edition is the ultimate value for Duelists with three booster packs of Clash of Rebellions, and a guarantee of one of two Super Rare Cards – either Ultimaya Tzolkin or Frightfur Tiger – plus one of two foil version preview cards from the upcoming January booster set, Breakers of Shadow!

In addition, Clash of Rebellions also presents brand-new Deck themes that are sure to make some noise in the Tournament scene: fiery new Igknight Monsters burn up their own men to Summon gigantic soldiers, and flowery Aromages pump up a player’s Life Points and gain extra powers while they’re in command of the game. Plus Clash of Rebellions debuts the new Kozmo theme, a World Premiere Deck theme based on one of the most popular American fairy tales ever known. Starting with Clash of Rebellions, the Kozmo Deck will be playable with the initial batch of cards, and will improve significantly with every major booster release throughout the Dueling season.