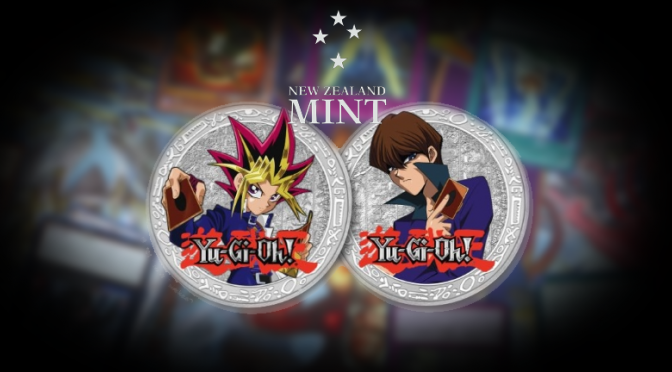 NEW YORK – February 29, 2016 – 4K Media Inc., the Konami Digital Entertainment, Inc. subsidiary that manages the licensing and marketing of the Yu-Gi-Oh! brand, has forged a new licensing agreement with New Zealand Mint Limited that will see the release of collectible silver coins engraved with the animated series’ characters and imagery. The announcement was made today by 4K Media’s Vice President of Licensing and Marketing, Jennifer Coleman, and Brent Hindman, Head of Sales and Marketing, New Zealand Mint Limited.

“The quality of the New Zealand Mint coins makes them as much as a solid financial investment as they are a timeless collectible,” said Coleman. “The company uses the highest quality silver as a base for the engravings on the animations of Yu-Gi-Oh!‘s most popular characters and monsters. We expect this to be a very desirable collectible for Yu-Gi-Oh!‘s fans around the globe.” 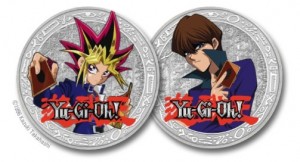 “New Zealand Mint has been minting gold and silver bullion for over four decades and is recognized as a leader in the creation and design of innovative colored, silver and gold collectible coins,” added Hindman. “We’re excited to offer new Yu-Gi-Oh! coins to investors, collectors and fans alongside some of our other popular branded coin collections, which include Disney, Star Wars, Doctor Who, Transformers and Thunderbirds.”

About New Zealand Mint
The New Zealand Mint has been minting legal tender collectible coins, gold bullion and medallions for more than four decades. As New Zealand’s only precious metal mint and one of the first world mints to adopt the .9999 standard for gold coin purity, New Zealand Mint prides itself on high quality design and production work. For more information, visit www.newzealandmint.com