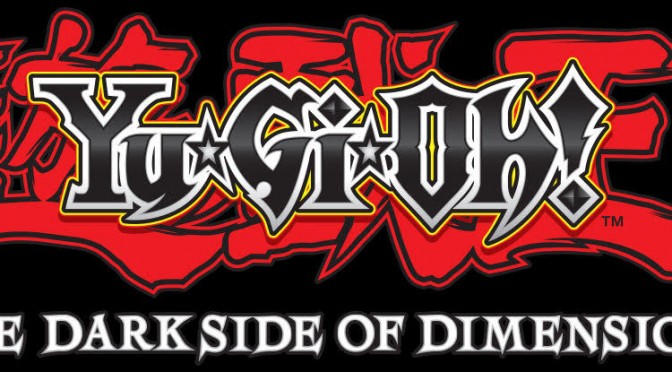 Last few months we have been getting Japanese trailers for this movie again and again. Now we finally have a new English trailer for the upcoming film in the Yu-Gi-Oh franchise, and while it doesn’t tell us anything new, it does feature snippets of new footage as well as a remix of a familiar tune that’s bound to get fans excited.

Japanese fans of Yu-Gi-Oh have been getting plenty of new footage for this upcoming movie, however now we English fans finally have a new trailer to sink our teeth into, as well as a new synopsis for the film to go along with the new trailer. As stated above it doesn’t tell us anything new, but it’s still bound to get people excited.

The stakes have never been higher; the rivalries never as fierce; the risks never so great. One wrong move—one card short—and it’s game over for good. A decade in the making, Yu-Gi-Oh! The Dark Side of Dimensions features new designs and an all-new story from the original creator of the global phenomenon, Kazuki Takahashi. His masterful tale features anime’s most beloved characters in their long-awaited return: Yugi Muto, Seto Kaiba, and their faithful friends Joey Wheeler, Tristan Taylor Téa Gardner, and Bakura.

In related news, manga creator Kazuki Takahashi will publish a new short for his Yu-Gi-Oh! manga series in Shueisha’s Weekly Shonen Jump magazine. The two-part short will link the end of the manga with the upcoming Yu-Gi-Oh!: The Dark Side of Dimensions anime film.

For the latest news on the new movie check back here often or visit the official movie site at  Yugioh.com/movie.