El Segundo, Calif.  (June 1, 2016) – This past holiday weekend, the unofficial start to summer, gave way to even more reasons to celebrate for some at the Yu-Gi-Oh! CHAMPIONSHIP SERIES (YCS) Providence. Tahmid Zaman found that he had outpaced the competition in the Main Event to earn himself the coveted spot of YCS Providence Champion.  Additionally, young Lyndon Neff made a name for himself as he won the Dragon Duel Championship. 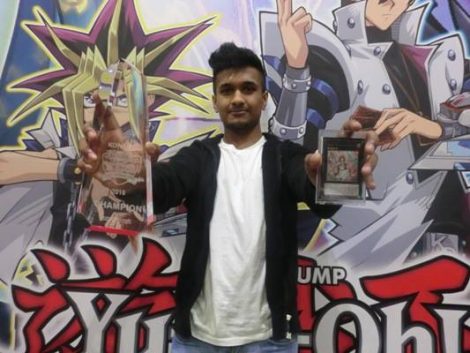 During this two-day premier level event, presented by Konami Digital Entertainment, Inc. (KONAMI), players of every age and ability showed off their impressive Dueling skills round after round. Zaman from Jackson Heights, New York played his Phantom Abyss Deck to propel him into Sunday’s Single Elimination. Then, after several rounds of Single Elimination, it came down to an exhilarating playoff with James Kim from Toronto, Canada playing a Monarch Deck.

In addition to the title of YCS Champion, Zaman returned home with a stellar set of prizes that included a YCS Championship Trophy, an Ultra Rare YCS Minerva, the Exalted Lightsworn Prize Card, a PlayStation®4 computer entertainment system, and an invitation and paid travel to his 2016 World Championship Qualifier (WCQ) tournament! 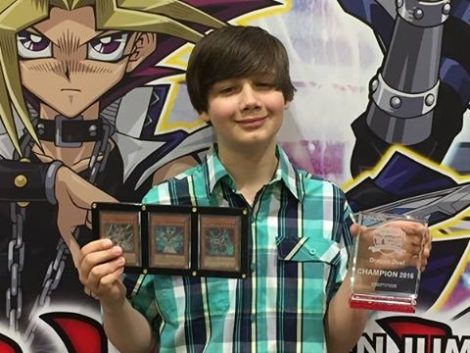 The Dragon Duel Championship, an event for Duelists born in 2003 or later, was no less exciting as Putnam, Connecticut’s Neff used his Sealed Deck then switched to his own Scrap Deck in the finals.  He had all the right moves to beat Connor Perrotta who played a Burning Abyss Deck in their head-to-head playoff.  Neff picked up some great prizes too, including a Dragon Duel Championship Trophy, a 2016 Regional Game Mat, a Dragon Duel Medal, a Regional Deck Box, a Super Rare set of the YCS Darklord Prize Cards, and an invitation to the 2016 Dragon Duel World Championship Qualifier tournament to be held during his WCQ.