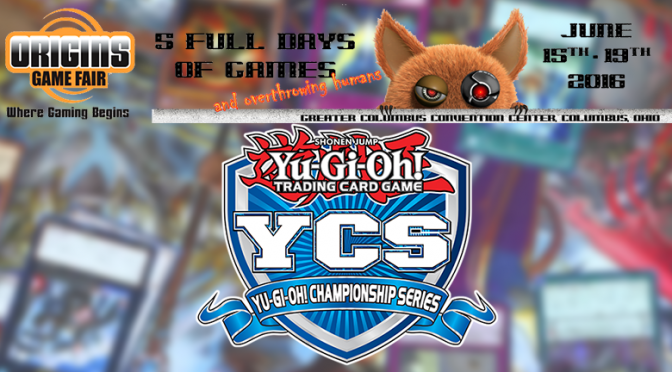 El Segundo, Calif. (June 1, 2016) – Yu-Gi-Oh! TRADING CARD GAME (TCG) Duelists and Origins Game Fair attendees are in for a special treat when show sponsor Konami Digital Entertainment, Inc. (KONAMI) brings the Yu-Gi-Oh! CHAMPIONSHIP SERIES (YCS) to Columbus, Ohio. This premier-level event will be held on June 15-19, with the Main Event scheduled for June 18-19, during the five-day show at the Greater Columbus Convention Center.

At YCS Origins, hundreds of Duelists from across the country will be eager to put their Deck choice and game strategy to the test, hopeful that they have what it takes to win every round, progressing to Sunday’s Final Round for the chance to hoist the YCS Champion trophy. 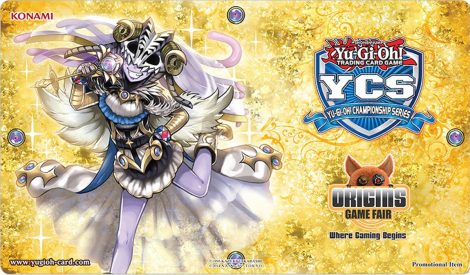 Pre-registration for YCS Origins will run from 3:00 p.m. – 7:00 p.m. on Friday, June 17 and registration will continue promptly at 8:00 a.m. on Saturday, June 18.  Upon registering, Duelists will receive five Shining Victories booster packs for participating in KONAMI’s YCS Origins Game Fair and an exclusive YCS Origins Participation Game Mat.  Round One will start at 10:00 a.m. and the top-ranked YCS finishers will earn invitations to participate in the 2016 World Championship Qualifier, scheduled to be held in Pittsburgh in July. Players will use their constructed Decks all the way to the Championship. Duelists can find the answers to many of their questions here: http://www.yugioh-card.com/en/events/2016/YCS_Origins.html.

Both seasoned Duelists and those getting into the game have a chance to compete for a variety of exciting prizes at YCS Origins.  Among the prizes, the first place winner will receive an Ultra Rare version of the latest, most sought-after prize card: Minerva, the Exalted Lightsworn – one of the rarest Yu-Gi-Oh! TCG cards in existence!

During the five days of the Origins Game Fair, KONAMI will also be hosting a series of Public Events and is pleased to debut a new Public Event at YCS Origins, the Generation Duel, in which players can play a Deck based off of one of the five Yu-Gi-Oh! animated series. Additionally, a full range of Public Events such as 2016 Regional Qualifiers, Ultimate Duelist Series Qualifiers, School Tournament Series, 3 vs. 3 Team Dueling, ATTACK OF THE GIANT CARD!!, Win-A-Mat, Sealed Starter Deck and Structure Deck, Duelist League, Yu-GI-Oh! Day and Battle City Tournaments will be held throughout YCS Origins. 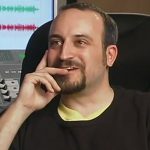 Another not-to-be-missed YCS Origins Game Fair event is meeting two of the most popular actors from the original Yu-Gi-Oh! animated series! Darren Dunstan (left), the voice actor for Maximillion Pegasus, and Wayne Grayson, the voice actor for Joey Wheeler, will be available at specific times during the weekend to sign autographs so fans should bring their favorite Pegasus & Joey cards and make sure to get their YCS Origins Participation Game Mat autographed! Additionally, the actors will be participating in the Q&A session in the anime track on Saturday evening at 6:00 p.m.