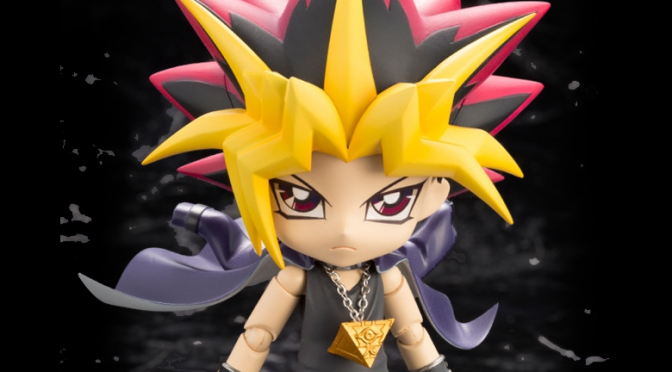 From the Crunchyroll news desk we have Japanese figure company Kotobukiya listing an 125mm-tall figure of Yami Yugi/Dark Yugi from the Yu-Gi-Oh! Duel Monsters franchise on its deformed figure line Cu-poche for a November 2016 release. Yami Yugi Cu-poche figure is the 31st entry in the line and its first male character.

Gagaga Girl from Yu-Gi-Oh! ZEXAL and Pharaoh Atem from Duel Monsters are also set to be released in the future.