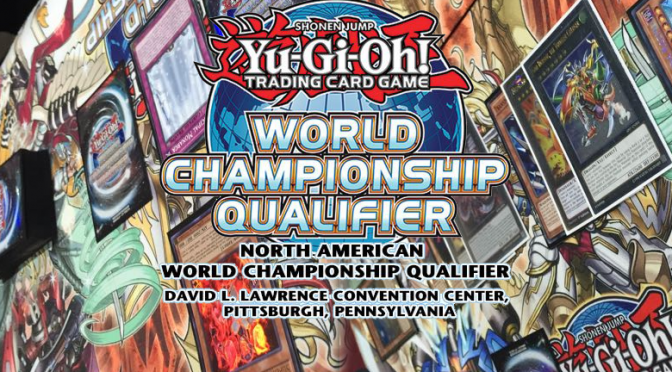 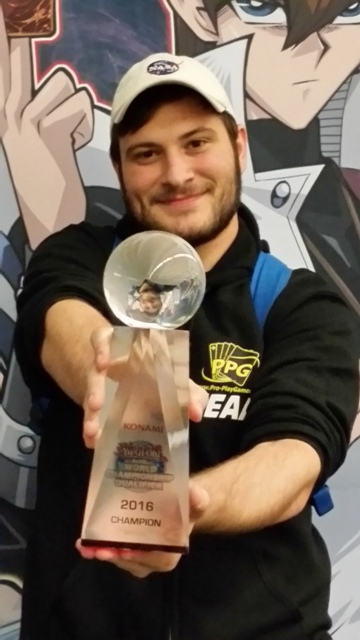 Competitors from North America gathered at this premier-level invitation only event with their sights set on earning a coveted spot at the World Championship to be held in Orlando, Florida August 20-21, 2016.  After two days of intense Dueling, Erik Christensen from Oakland Park, Florida proved to the crowd that he was not one to be beaten and proudly hoisted the Championship trophy for all to see.

Christensen took home an impressive trove of prizes that included: a Championship trophy; an invitation to the World Championship with paid travel and accommodations; complete sets of Breakers of Shadow and Shining Victories; a Tablet PC; a Super Rare copy of YCS Prize Card Minerva, The Exalted Lightsworn and more! Christensen will also receive a personalized jersey upon arrival in Orlando to wear while competing at the World Championship.  In addition to Christensen, five of his peers: Thomas Rowe from Cleveland, Ohio, Admassu Williams-Ademe from Santa Monica, California, Travis Smith from Miami, Florida, Adam Hutchins from Waldorf, Maryland, Jimmy Nguyen from Ft. Worth, Texas also earned invitations and travel and accommodations to Orlando to Duel at the World Championship, plus a cache of Yu-Gi-Oh! TCG products. 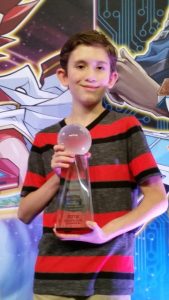 Duel after impressive Duel had bystanders cheering as Aiden Tiemann was able to rise above his skilled peers in order to clinch the title of Dragon Duel North American Champion. Tiemann from Austin, Texas won a ton of cool prizes that included: a Championship Trophy; an invitation to the World Championship with paid travel and accommodations; complete sets of Breakers of Shadow and Shining Victories; a Tablet PC; a Super Rare copy of YCS Prize Card Minerva, The Exalted Lightsworn; a personalized jersey to be awarded at the World Championship; and much more.

Also earning his way to Orlando to represent North America is runner-up John Wilkin from Toronto, Ontario, Canada and third place finisher Ian Parish from Arnold, Missouri. They each walked away with a Championship Trophy; an invitation to the World Championship and paid travel and accommodations; and other fantastic prizes.

About KONAMI
KONAMI is a leading developer, publisher and manufacturer of electronic entertainment properties and traditional trading card games. KONAMI’s software titles include the popular franchises Metal Gear Solid, Silent Hill, DanceDanceRevolution and Castlevania, among other top sellers.  KONAMI is also the manufacturer of the wildly popular Yu-Gi-Oh! TRADING CARD GAME, which has sold more than 25 billion cards worldwide.  The latest information about KONAMI can be found on the Web at www.konami.com. KONAMI CORPORATION is a publicly traded company based in Tokyo, Japan with subsidiaries, Konami Digital Entertainment Co., Ltd. in Tokyo, Japan, Konami Digital Entertainment, Inc. in the United States and Konami Digital Entertainment B.V. in Windsor, the United Kingdom. Details of the products published by KONAMI can be found at www.konami.com.