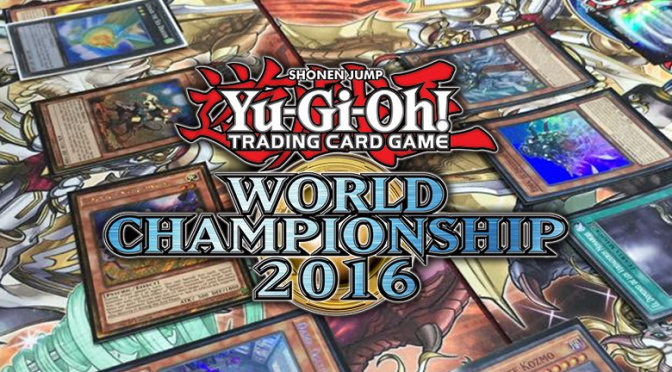 JAPAN’S SHUNSUKE HIYAMA IS ON TOP OF THE WORLD AS HE WINS Yu-Gi-Oh! TRADING CARD GAME WORLD CHAMPIONSHIP IN ORLANDO, FLORIDA 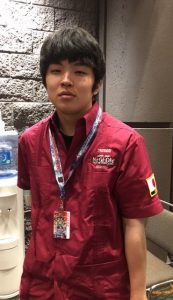 The tournament hall was buzzing for two days as intense Duels were completed throughout the weekend. By Sunday afternoon only two players remained, reigning World Champion Shunsuke Hiyama from Sagamihara-shi, Kanagawa, Japan and North American Champion Erik Christensen from Oakland Park, Fla. Showing his impressive strategy Hiyama played a powerful Blue-Eyes Deck keeping an eye on the grand prize at all times. Christensen was just as determined, facing off against Hiyama playing his own Blue-Eyes Deck, ready for a Duel of a lifetime. Both players remained laser-focused and intent during the demanding match but it was Hiyama who persevered to become the 2016 Yu-Gi-Oh! TCG World Champion.

In addition to Christensen, representing the Americas in Orlando were five other North American players who each earned their spot by topping at the North American World Championship Qualifier held last month in Pittsburgh, Penn. This event rounded out a busy tournament season, which saw a legion of Yu-Gi-Oh! TCG players participate in qualifying tournaments across the Americas. Central American Champion Brandon Aguilar from Pachuca, Mexico, South American Champion Joaquin Rinaldi from Buenos Aires, Argentina and Mijail Flores from Peru completed the list of competitors from the Americas. 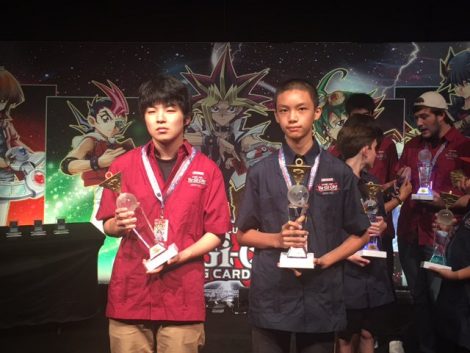 Rounding out the World Championship experience was a host of several fun things for everyone to enjoy – a LIVE DUEL with voice actors Dan Green and Eric Stuart, the original voices of Yugi and Kaiba respectively from the Yu-Gi-Oh! animated TV series was performed; amusement games provided hours of fun and even a voice-over contest for the upcoming Yu-Gi-Oh! The Dark Side of Dimensions Movie was held!

Duelists eager to play at the tournament level and trying to earn a place at the 2017 World Championship can participate at various qualifying events.  For more information visit www.yugioh-card.com/en/events.  For more information on KONAMI or the Yu-Gi-Oh! TRADING CARD GAME, please visit www.yugioh-card.com or call 310-220-8630 to speak directly with a Yu-Gi-Oh! customer support team member.

About KONAMI
KONAMI is a leading developer, publisher and manufacturer of electronic entertainment properties and traditional trading card games. KONAMI’s software titles include the popular franchises Metal Gear Solid, Silent Hill, DanceDanceRevolution and Castlevania, among other top sellers.  KONAMI is also the manufacturer of the wildly popular Yu-Gi-Oh! TRADING CARD GAME, which has sold more than 25 billion cards worldwide.  The latest information about KONAMI can be found on the Web at www.konami.com. KONAMI CORPORATION is a publicly traded company based in Tokyo, Japan with subsidiaries, Konami Digital Entertainment Co., Ltd. in Tokyo, Japan, Konami Digital Entertainment, Inc. in the United States and Konami Digital Entertainment B.V. in Windsor, the United Kingdom. Details of the products published by KONAMI can be found at www.konami.com.