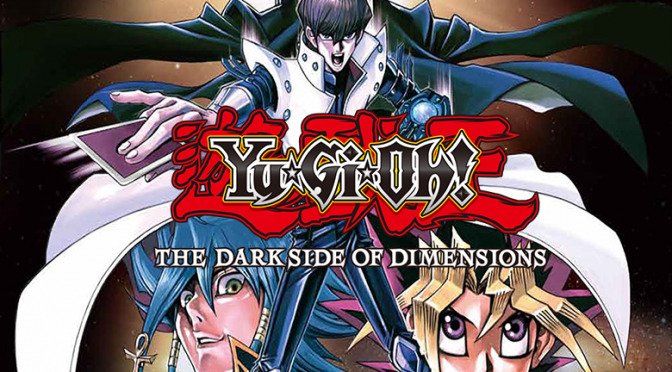 Opens in Taiwan on September 15, Hong Kong on October 13, Malaysia on November 24

Toei revealed the theatrical opening dates of the Yu-Gi-Oh!: The Dark Side of Dimensions anime film in Taiwan, Hong Kong, and Malaysia on Monday. The film will open in Taiwan on September 15, in Hong Kong on October 13, and in Malaysia in November 24. Toei also confirmed the film’s Singapore opening of December 1. No US or European dates has been announced yet.

The film opened in Japan on April 23 and will open in the West in early 2017. Satoshi Kuwabara (Yu-Gi-Oh! Zexal, Yu-Gi-Oh! Zexal II) directed the film.

The film will get 4DX and MX4D screenings in Japan beginning on September 24.

Yu-Gi-Oh!: Dark Side of Dimensions’s story, which takes place six months after the end of the manga:
In the past Yūgi Yami and Kaiba have clashed many times!! Yami Yūgi, who resides in Yūgi Mutō’s body, and Kaiba will have a duel that bets their prides and accepts each other’s mutual experience.