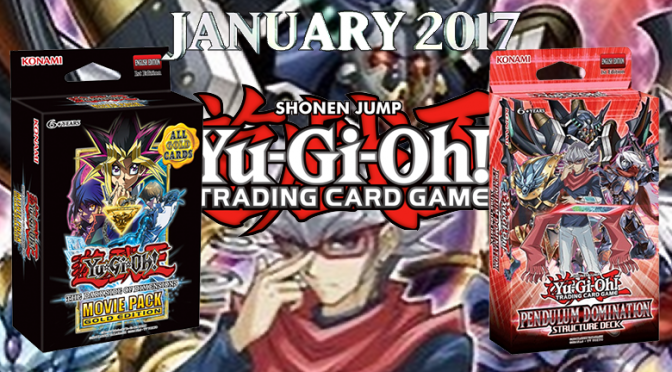 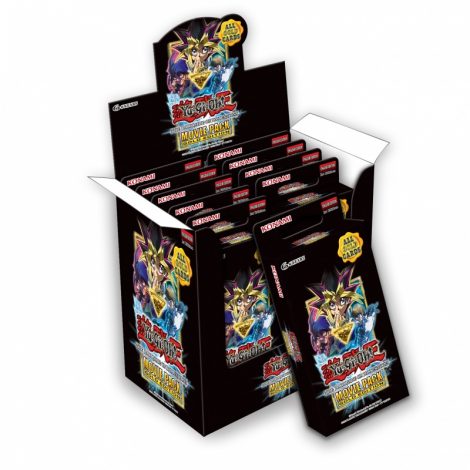 There’s no better way to celebrate the January 27 release of the new feature-length film, Yu-Gi-Oh! The Dark Side of Dimensions, than by bringing home the monsters used by the stars on the silver screen with the Movie Pack Gold Edition, in stores January 13.  From Kaiba’s Neo Blue-Eyes Ultimate Dragon to Yugi’s Apple Magician Girl and the menacing Aigami’s Crimson Nova Trinity the Dark Cubic Lord, Movie Pack Gold Edition includes all the movie-exclusive cards fans need to recreate film-based Decks of their favorite heroes or villains. 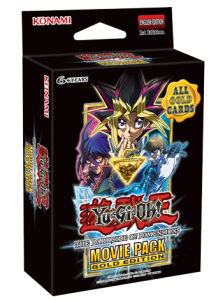 The cards for Blue-Eyes White Dragon Decks and Dark Magician Decks are fully compatible with the cards from Shining Victories and The Dark Illusion, as well as Structure Deck: Yugi Muto and Structure Deck: Seto Kaiba. More cards used by Yugi and Kaiba can be found in Legendary Decks II and Dragons of Legend -Unleashed-. Plus, exclusive to this release, each Movie Pack Gold Edition comes with a Gold Secret Rare Krystal Dragon or Duza the Meteor Cubic Vessel. Fans will also be treated to either Dark Magician or Blue-Eyes White Dragon, Yugi and Kaiba’s signature monsters, appearing as Gold Secret Rares for the first time!

Each card in this 57-card set uses Gold Rare technology to give them that glamorous Hollywood look from yesteryear, and each Movie Pack Gold Edition contains three 5-card packs in a flat rarity system (all cards are equally rare) for $9.99 MSRP per box.

Duelists who have made a New Year’s resolution to buckle down and win each match need to pick-up the Pendulum Domination Structure Deck on January 20 as their first move. This 43-card Deck is all about planning and executing the perfect strategy for every Duel and gives Duelists full command of Fusion, Synchro, and Xyz Monsters by employing a unique Pendulum Summoning strategy based around “D/D” monsters and “Dark Contract” cards. 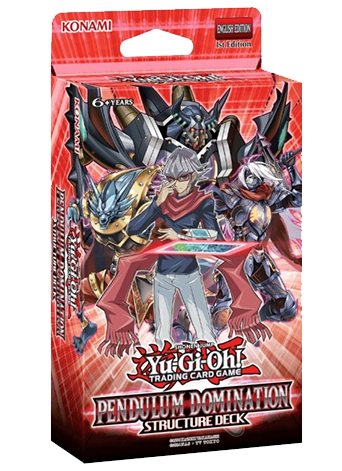 “Dark Contract” cards allow players to put the pieces of the puzzle in place by moving “D/D” monsters to a player’s hand, field, or even to Pendulum Zones. These cards can even give monsters a massive ATK boost, prevent interference from Trap Cards, or break the basic rules of Fusion Summoning. In addition, the Pendulum Domination Structure Deck includes reusable “D/D” Tuner monsters for Synchro Summoning, and Spell Cards that let players Fusion Summon every single turn or even use monsters in a player’s Graveyard as Fusion Material. 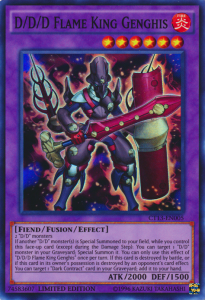 With all these new January Yu-Gi-Oh! TRADING CARD GAME “D/D” monsters, Duelists who were lucky enough to get the 2016 Mega-Tins can now unleash the maximum potential of D/D/D Flame King Genghis and D/D/D Gust King Alexander to create even more exciting and powerful card combinations, and those are just some of the many “D/D” cards from the 2016 Mega-Tin Mega-Packs. Plus, “D/D” Pendulum Monsters can also be found in The Dark Illusion, and players can expect even more new cards that will enhance this strategy in upcoming 2017 products.  Pendulum Domination Structure Deck contains 43 cards: 38 Commons, 2 Ultra Rares, 3 Super Rares, 1 Beginner’s Guide and 1 Double-sided Deluxe Game Mat/Dueling Guide for $9.99 MSRP per box.