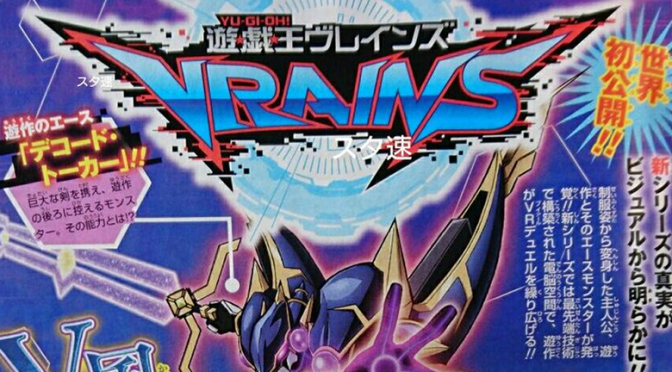 The latest issue of Weekly Shonen Jump released more information on the upcoming new Yu-Gi-Oh! Anime series coming to Japan, including the title and some information regarding the plot of the series.

The new series is titled Yu-Gi-Oh! VRAINS, and it will feature VR duels. 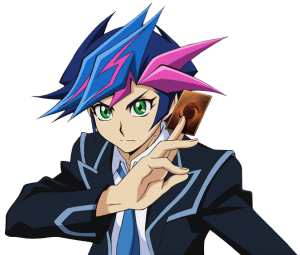 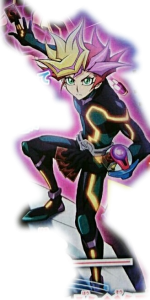 The new anime will feature characters using leading-edge technology to create a virtual space where they will host VR duels. The show’s protagonist is Yūsaku Fujiki, and his ace monster is named “Decode Talker,” who wields a giant sword. Yūsaku transforms from his school uniform when he enters the VR space for duels. He also has different color hair after he transforms, and he rides a surf board while dueling.

When Yu-Gi-Oh! VRAINS was first announced the only information given was about Fujiki who is described as a student who hates to stand out at his school. The theme for the new Yu-Gi-Oh! series is, “Let’s take one step forward and try it!”

This does change, however, as Yūsaku starts meeting others through duels and starts moving forward.

Yu-Gi-Oh! VRAINS is set to premiere in Japan this Spring. 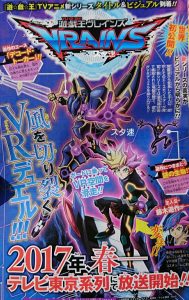 Some info via our friends at ANN