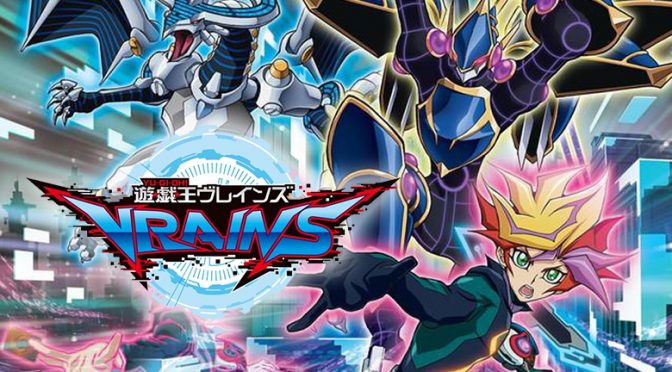 Yu-Gi-Oh! VRAINS, the new card-based show, will gets it premiere in just over a month, and the series will be animated by Studio Gallop. The company recently confirmed it had cast Ishige Shouya to voice the anime’s lead character, Fujiki Yusaku.

The studio also provided more information on the anime’s theme song. The opening track for Yu-Gi-Oh! VRAINS will be called “With the Wind” and be performed by 富永TOMMY弘明.

There is a city where network systems have evolved: Den City. In this city, with the advanced network technology developed by the corporation “SOL Technology,” a Virtual Reality space called “LINK VRAINS” has been developed, and in this VR Space people became excited over the latest way to Duel.

However, in LINK VRAINS, a mysterious hacker group that hacks via Dueling has appeared:The Knights of Hanoi. Their goal is to destroy the “AI World” known as “Cyberse” that exists somewhere in the depths of the Network.

However, there is one Duelist who stands against the threat to LINK VRAINS. His name is “Playmaker”. He has become famous in the Network World for crushing the “Knights of Hanoi” in fierce Duels without mentioning his name. But the true identity of “Playmaker” is ordinary high school student Fujiki Yusaku, who pursues the “Knights of Hanoi” that appear in Yu-Gi-Oh! VRAINS in order to find out the truth of an incident that happened in the past.