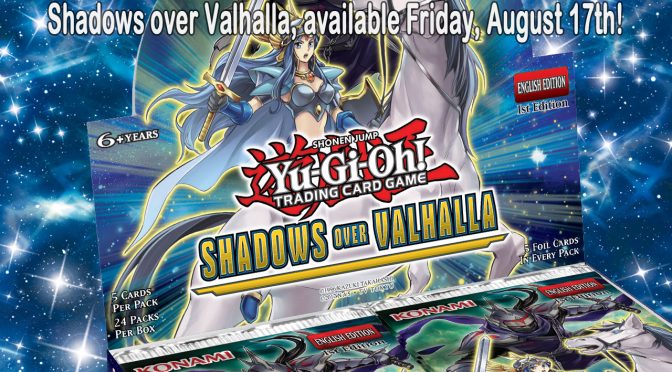 We want to share some details with you about an upcoming release from Konami and Yu-Gi-Oh! TRADING CARD GAME.

The Shadows over Valhalla booster set, available Friday, August 17, will bring Duelists the opportunity to change their own fate and wield the incomparable Mischief of the Time Goddess! The classic Spell Card from the original Yu-Gi-Oh! anime skips the opponent’s turn completely and moves the game to the Duelist’s next Battle Phase.

Additionally, Zigfried von Schroeder’s Valkyries are set to make their debut in Shadows over Valhalla! 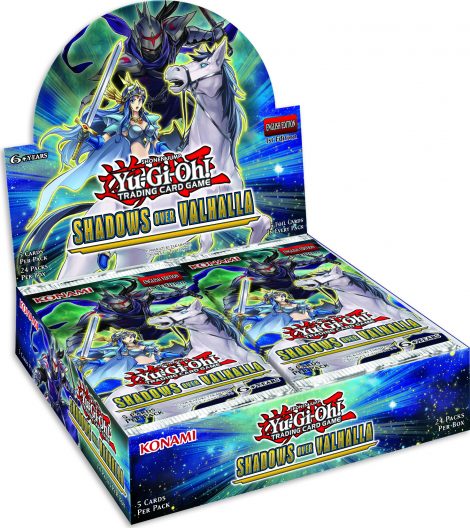 Sound the horns of battle and prepare to Duel! In the twilight of Summer 2018, Shadows over Valhalla
will bring Duelists the opportunity to change their own fate and wield the incomparable Mischief of the
Time Goddess! Once thought to be too powerful to ever be printed in real life, this classic Spell Card
from the original Yu-Gi-Oh! anime skips your opponent’s turn completely and moves the game to your next Battle Phase. But that’s just the tip of the iceberg in this 60-card all-foil booster set!

Hot off the heels of his brother, Leon’s, fairytale inspired cards from Battles of Legend – Relentless
Revenge, Zigfried von Schroeder’s Valkyries are set to make their debut in Shadows over Valhalla! The
Valkyries retain their abilities from the anime, but each card is boosted to be more compatible with the
current game environment. This strategy aims to Summon 1 of each Valkyrie from the hand with Ride of
the Valkyries, use their abilities to destroy your opponent’s best monster and copy its’ ATK, then win
the Duel by attacking with all your Valkyries twice without giving your opponent a turn in between,
courtesy of Mischief of the Time Goddess! 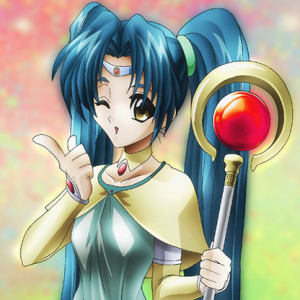 When you aren’t busy skipping your opponent’s turn with Mischief of the Time Goddess, you can
dictate their fate with Zigfried’s nornir Spell Cards, which also retain their anime abilities plus a boost to
help them fit with the rest of your Valkyrie strategy.

Shadows over Valhalla also reignites the Ninja strategy! Ninja Decks combine powerful Warrior-Type
“Ninja” monsters with “Ninjitsu Art” Spell and Trap Cards. You need a steady supply of Ninjitsu Arts to
outwit and confound your opponent, so this set includes a “Ninja” Link Monster that Sets a Ninjitsu Art
directly from your Deck every turn, and a new Ninjitsu Art card that lets you disguise your Ninja as your
opponent’s monsters! If you don’t have any “Ninja” or “Ninjitsu Art” cards, don’t worry, because some
of the basic cards you’ll need to build this Deck also appear in Shadows over Valhalla.

5 cards per pack.  (Name and contents subject to change..)