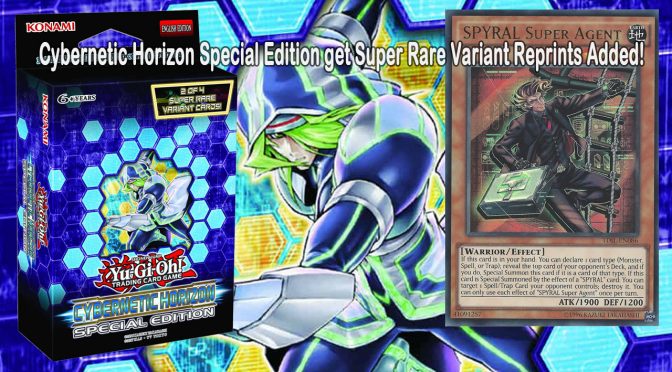 We just wanted to give you all a heads up that Konami just posted some new information about the Super Rare variant reprints that will be included in Yu-Gi-Oh! TCG Cybernetic Horizon Special Edition. Past and present collide in Cybernetic Horizon, the first 100-card booster set of the 2018-2019 Dueling season! This set modernizes popular themes from the Yu-Gi-Oh! GX, 5D’s, and ZEXAL eras, provides brand-new Link Monsters, and new cards to bolster strategies introduced in Code of the Duelist, Circuit Break, Extreme Force, Flames of Destruction, Dark Saviors, and more! Here’s just some of what you have to look forward to!