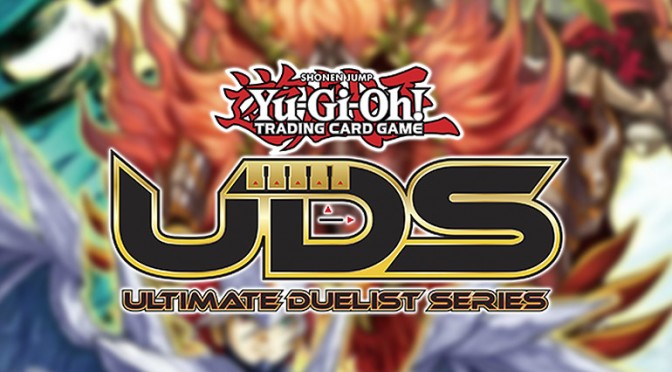 The Ultimate Duelist Series (UDS) Invitational is a tournament open only to qualified Duelists who have earned a minimum requirement of UDS Points. They are exciting 2-day events that take place from Saturday to Sunday.  Duelists from all over will attend these events to compete for exclusive prizes, and spend the weekend Dueling, trading, and hanging out with hundreds of other Yu-Gi-Oh! fans.

Duelists are also eligible to receive additional prizes, such as a UDS Invitational Lanyard Medal and/or 1st Round BYE, if they redeem the requisite amount of UDS Points at registration.

Participation prizing will be given at registration, once the Duelist has submitted their registration form, provided a valid picture ID, and Deck list.

For al;ll the details and latest information as well as rules, prizes, and additional events, visit the Official UDS Invitational 2018 FAQ page.