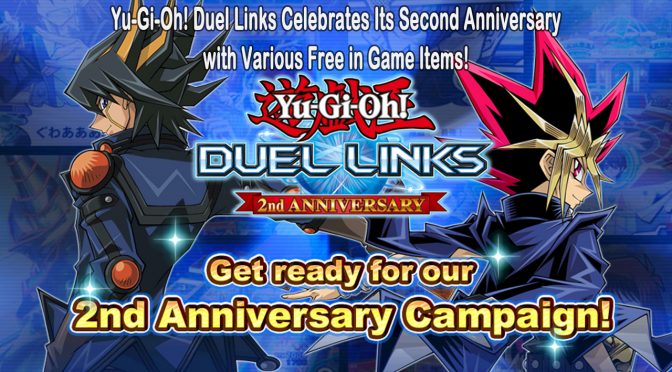 To celebrate Yu-Gi-Oh! Duel Links’ second anniversary, Konami is giving out a free Obelisk the Tormentor card, as well as other free items.

Today, Konami announced its plans for the game’s second anniversary, and if you’re a fan of the original show then you’re going to want to listen up.

To start, players who log in this weekend will have a chance to nab a free Obelisk the Tormentor card simply by dueling a special version Ishizu, rounding off the Egyptian God Cards. Slifer the Sky Dragon and The Winged Dragon of Ra, the other two cards in that series, were added earlier in the game’s life, leaving fans eagerly anticipating the addition of Kaiba’s god card.

In addition to the free Obelisk the Tormentor card, there is also a login bonus where players can get 6 (at most) Dream or Standard UR or SR tickets. These can be exchanged for cards in game. Logging in also nets you free gems. There will be more gems for new players here. For the 2nd Anniversary, players can earn a unique Game Mat and Card Sleeve accessories that feature gold Yami Yugi and Yusei Fudo. 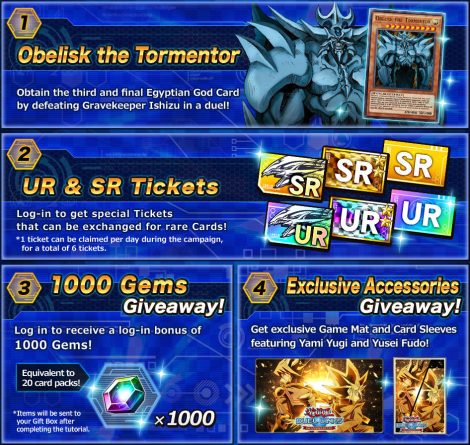 Yu-Gi-Oh! Duel Links is available on iOS and Android devices as well as on Steam for PC.