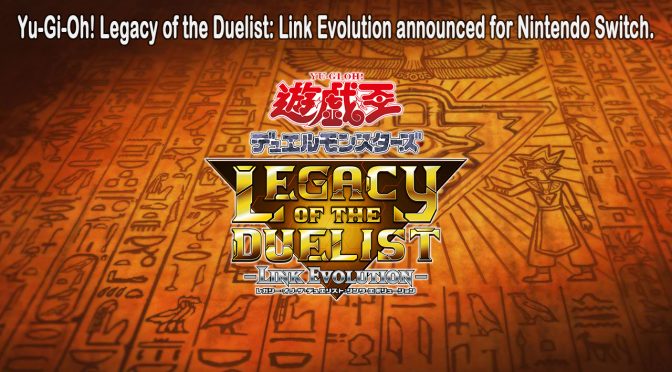 Compete in the card game using the “New Master Rules.”

Konami has recently announced Yu-Gi-Oh! Legacy of the Duelist: Link Evolution is coming for the Nintendo Switch in Japan.

The competitive card game will allow players to duel against characters from the Yu-Gi-Oh! series as well as other players nationwide with the “New Master Rules,” which are the latest rules of the Yu-Gi-Oh! Official Card Game.

We, as of yet, do not know if there will be a western release but its quite likely. Stay tuned for updates.

We will have more information once the the April 2019 issue of V-Jump, which is due out on February 21st, 2019 is released.

Will you get the Yu-Gi-Oh! Legacy of the Duelist: Link Evolution game (either in Japanese or if it is translated)? Let us know in the comments below,