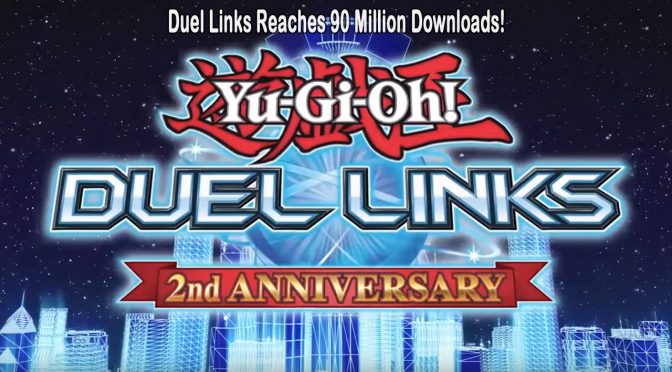 Konami has announced that its popular mobile and PC game Yu-Gi-Oh! Duel Links has been downloaded more than 90 million times. To commemorate the milestone, KONAMI will be running its 90 Million Download Celebration Campaign for all Duelists to receive free Gems and discounts on Main and Mini BOXES.

Starting today through March 7, Duelists can log in to Yu-Gi-Oh! Duel Links and receive 500 free Gems as a bonus. In addition to the Gems, all Main and Mini BOXES that have been released since the initial launch of the game (BOXES 1-18 Main) will be on sale with a guarantee for players to receive an SR and a UR card.

Also starting today and ending on March 5, Duelists will be able to purchase Vagrants and Master Gate Keys at a discounted price.

Based on the official Yu-Gi-Oh! TRADING CARD GAME, Yu-Gi-Oh! Duel Links brings the popular game to life on mobile devices and on PC. Duelists can kindle the spirit of Yami Yugi, Jaden Yuki, Yusei Fudo and other beloved characters from the Yu-Gi-Oh! franchise in competitive card battle action. Yu-Gi-Oh! Duel Links is available for free at the App Store® for iPad®, iPhone® and iPod touch®, Google Play™ for Android™ devices, and for PC via Steam.