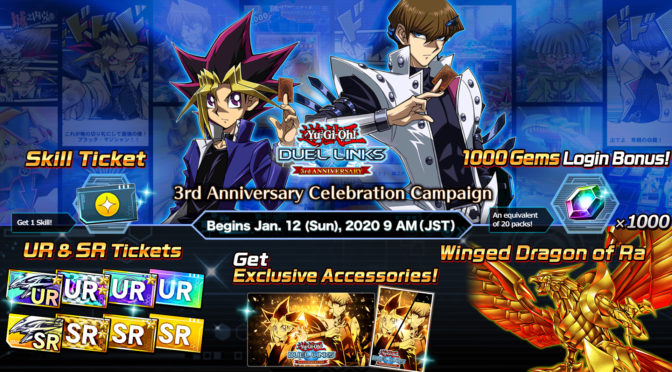 During the period of this Duel Links 3rd Anniversary promotion, gamers will receive a copy of the Winged Dragon of Ra with new artwork, gems and several Card Tickets. Additional content will also be available including the Selection Box Vol.3 which contains numerous powerful cards and the Structure Deck EX Dragunity Overdrive.

The Duel Links 3rd Anniversary celebration starts on January 12, 2019, so you’ll have a few days to decide what cards you’ll want to spend your tickets on.