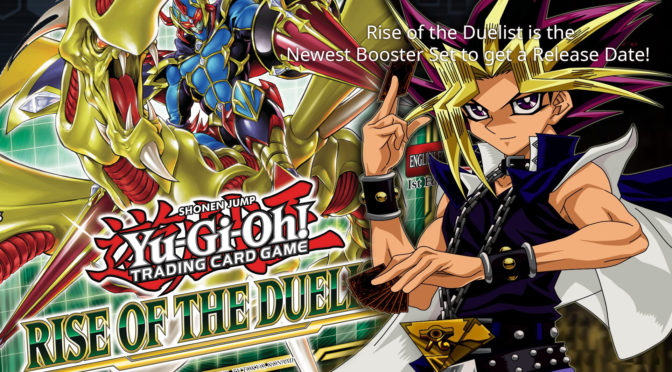 We have some new information from Konami about an upcoming product release from the Yu-Gi-Oh! TRADING CARD GAME. Set to release on August 7th, 2020, Rise of the Duelist booster set, with a MSRP of $3.99 per pack, will remaster classic cards and bring back some old strategies for the modern age!

We have the full product fact sheet with additional details as released by Konami  below.

Rise of the Duelist is set to dispel the dog days of Summer on August 7th, 2020!

Yugi’s Gaia the Dragon Champion strategy has been remastered for the modern age! Classic cards like Gaia the Fierce Knight, Catapult Turtle, and more take on new forms in service of a new form of Gaia the Dragon Champion that stacks an extra 2600 ATK on to itself every time it wins a battle and can expend exactly that much ATK to destroy any card on the field without a fight! 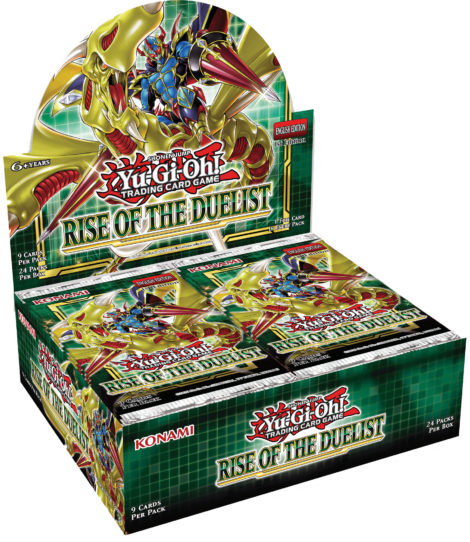 Many powerful Spell and Trap Cards! Unleash a new “Forbidden” Quick-Play Spell that can negate the effects of and halve the ATK of an entire field’s worth of monsters or a Normal Spell that lets you retaliate against your opponent’s disruptive monster effects by choosing from the effects of Pot of Greed, Change of Heart, or The Forceful Sentry.

On top of all that, you can even find:

The complete Rise of the Duelist booster set is fully loaded with 100 new cards: