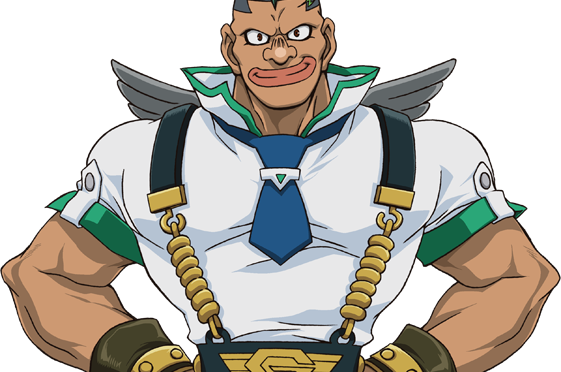 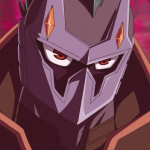 Girag was born as Souhachi Kiraku and was a great warrior, known for being wise and benevolent, often sharing the spoils of his conquests with the populace

Girag is a fearless warrior who does not hesitate in his mission. He assaulted Fender’s gang by himself with no fear, holding Fender and declaring he liked his eyes as they resembled those of a “scared prey”, which also reveals he is sadistic and abusive.

However he also seems to be quite arrogant as he referred to himself as ore-sama in one instance, which is an extremely egotistical way for a person to refer to themselves in Japan. He also seems to have a liking to manga, which is the reason he brainwashed Art Stanley, and even attempted to draw manga sketches, although his designs were terrible. He has an infatuation with the TV singer Scarlett Starling and goes to a bar called the “BARian” to eat and relax. 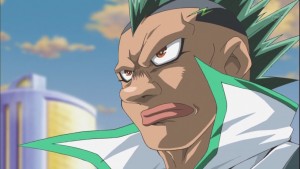 Girag’s downfall is his lack of foresight, and his plans always tend to go awry due to a single miscalculation. For example, when brainwashing Tori Meadows and Cathy Katherine, Girag neglects to take into account Shark’s personality, and thus is forced to Duel alongside Yuma and help him win. This can be attributed to Girag’s rather arrogant personality, for he thinks his plans as flawless despite his failures. Also, according to Alito, he’s known to slack off on a regular basis.

Though arrogant and somewhat abusive to humans, Girag has been shown to be friendly and respectful with several of his fellow Barians, but shares a close relationship with Alito, whom he gives romantic advice to as well as shows mourning over when gravely injured.

Girag has many supernatural powers. He can teleport at will like Vetrix could, and he can also brainwash people by using “Rank-Up-Magic Barian’s Force”. Those that he brainwashes maintain their personalities, but develop a devotion to serving the Barian World bordering on obsession. He has supernatural endurance, taking a punch from Fender in the face with no pain. He also has superhuman strength, which is shown when he broke a TV by stomping on it with one foot.

Girag’s powers by themselves outside of Duels are harmless to him, but his powers are strained inside Duels, thus the power his monsters produce also inflict harm on him as a consequence. 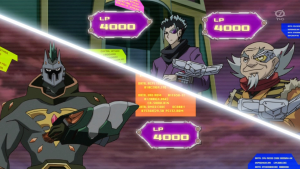 Girag uses a Pressure Point Deck consisting of the “Hand” archetype. He also utilizes a burn strategy through cards such as “Erosion Hand Forest” and “Damaging Hand”.

Girag later gains the ability to perform a Chaos Draw, giving him access to “Rank-Up-Magic – The Seventh One”, giving him easy access to “Number C106: Giant Red Hand” which he later augments with “Number 58: Burner Visor” to perform a One Turn Kill.