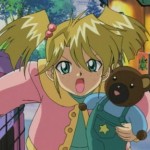 Bakura engages the weakened Pegasus as the latter prepares to honor his bargain and unleash the souls. He readily wins since Pegasus is weakened from his duel with Yugi. As Pegasus’ minions carry his unconscious body away, Yugi and his friends read Pegasus’ diary and find out how he met the mysterious Shadi in Egypt years ago and was given the Millennium Eye and planned to use its power to bring his love Cecilia back.

As the gang looks for the souls, Shadi arrives looking for the criminal who stole Pegasus’ Millennium Eye and confronts Yugi. Shadi uses his own Millennium Key to unlock Yugi’s mind and discover Yami Yugi. Shadi reveals that an ancient pharaoh trapped the power of the Shadow Game within the Millennium Items and Yami Yugi lets Shadi into his unconscious mind – a labyrinth of traps and doors. The pure spirit of Yugi comes to Shadi’s rescue and they both confront a mental projection of the Dark Magician, another mental defense. Yugi pleads to the Dark Magician, confirming to Shadi that Yugi is the “Chosen One” of ancient prophecy, fated to solve the Millennium Puzzle and prevent evil from unleashing the chaos of the Shadow Game.

Shadi departs as mysteriously as he came, telling Yugi, ” …The fate of the world rests on your shoulders.”