Yami Yugi continues to struggle in his Duel against Gansley; however, he eventually wins with the help of “Kuriboh’s” Deck Master Ability.

In a different realm of cyber space, Téa wakes up in a cave, having been kidnapped by a group of “Hitotsu-Me Giants”. She discovers they plan on cooking her, but she is rescued when a penguin drops a vine down a hole in the cave ceiling for her.

After escaping, the “Hitotsu-Me Giants” chase her over a wooden bridge, which collapses under their weight. The giants fall to their deaths while Téa barely holds on. 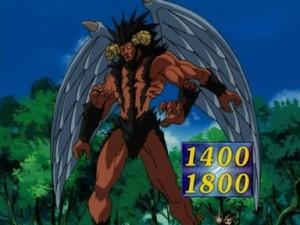 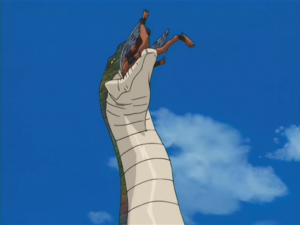