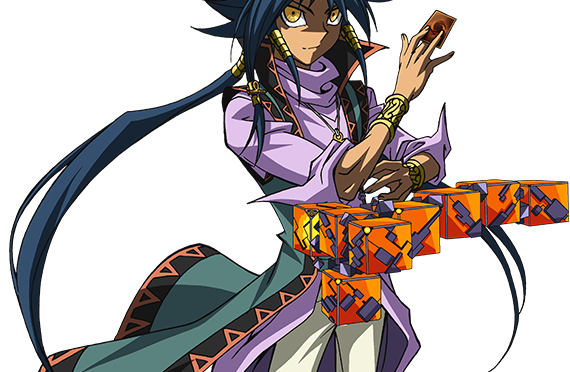 Aigami (, Aigami), real name Diva (ディーヴァ, Dīva), is the antagonist in Yu-Gi-Oh! The Dark Side of Dimensions. He is described as a mysterious youth who holds the keys to the movie’s story. 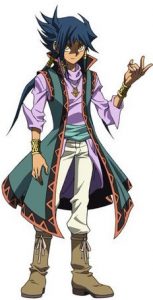 Aigami has tanned skin, golden eyes and dark teal hair that spikes out at the back, and in twin spikes similar to horns in addition to two ponytails bound with golden rings. Aigami wears a sleeveless green trench coat with a black border that is patterned with orange triangles, a lavender long-sleeved shirt that reaches past his waist with the sleeves rolled back to form spikes at his elbows, a light green sash at his waist, tan pants, and simple brown boots tied at the cuff with tan cord. He also wears a large golden cross-shaped adornment that is clipped onto one of his bangs, twin golden bracelets with curved designs engraved on them, and a pendant that resembles a miniature Millennium Puzzle. At one point,

He wears the closed-coat variant of the Domino High School male uniform.

Aigami, his sister, Sera, Mani, and other orphans once lived with an abusive man who made them steal for him. However, Shadi once arrived, and pushed on the orphans’ foreheads, causing a gold symbol to momentarily appear on them. Shadi then used the Quantum Cube to immobilize and kill the man. 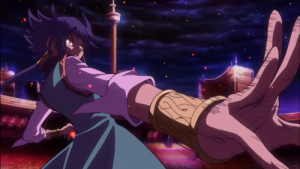 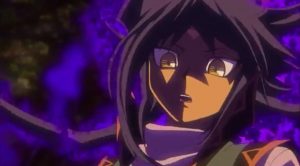 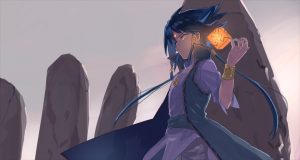 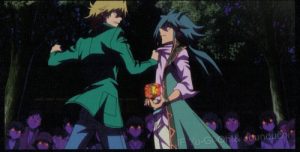