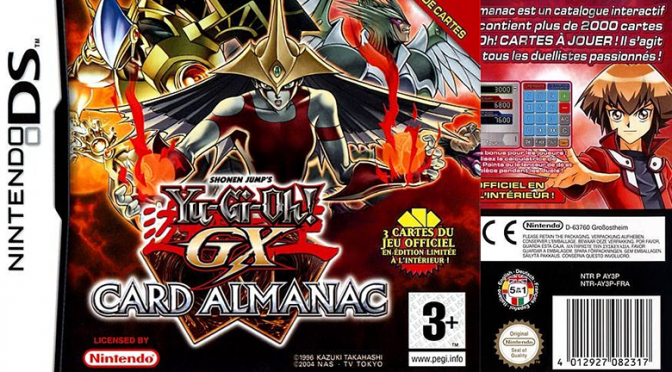 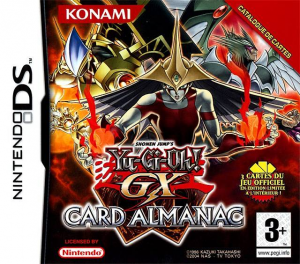 A better way had to be found and Konami found it..

It is not actually a game, but a detailed catalog of all cards released in the TCG or OCG up until Strike of Neos.

Enter the Yu-Gi-Oh Card Almanac which categorizes over 2600 Yu-Gi-Oh cards by type and attribute. Flip through the majestic collection of cards and marvel at the Yu-gi-Oh universe that Konami created from scratch. In addition to the card catalog, players may tinker with a digital calculator to figure out life points along with die, coin, and turn functions 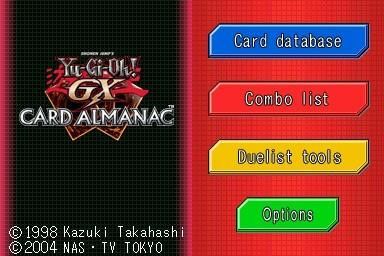 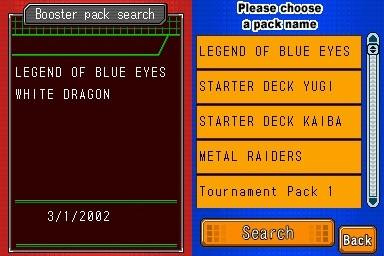 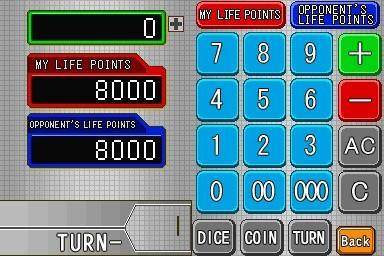 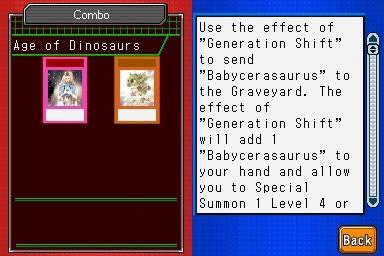 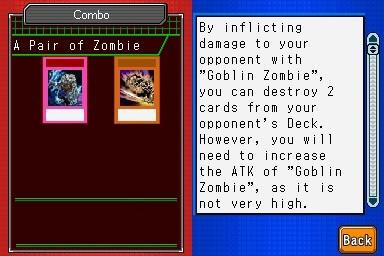 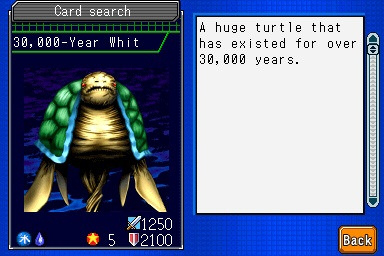