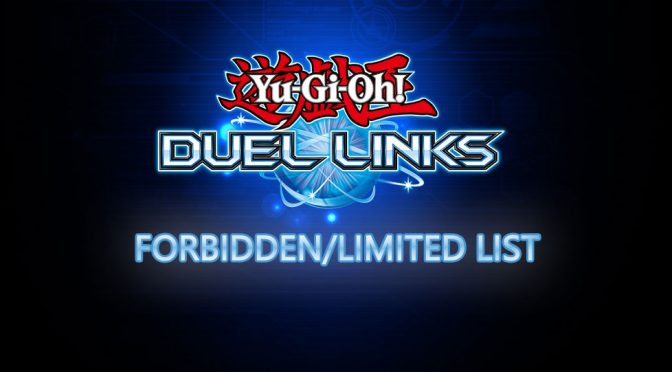 The changes to the forbidden and limited list in Duel Links aim to foster more deck types in PVP.

It’s important to note that the Forbidden/Limited list in Yu-Gi-Oh! Duel Links functions differently than compared to the TCG. In the traditional Yu-Gi-Oh! card game, cards that hit the Semi-Limited or Limited list are restricted to just those items. For example, if the trap card Adhesion Trap Hole hits the Limited list in the TCG, only that card is affected by this addition. This move would have no effect on the amount of copies on a card like Skill Drain, which is currently on the Limited list, that you could run in a deck.

In Yu-Gi-Oh! Duel Links, things are a bit different. In Duel Links, you can only run a combination of cards that are on the limited list. Here are the different Tiers of the Duel Links Forbidden/Limited list:

What is forbidden/limited card?
Forbidden cards are essentially “banned” cards, while limited simply means that you can only put 1 in a deck, semi-limited is up to two in your deck only. Some cards in the OCG/TCG are either forbidden, or limited, and this is due to their ability to create an unbalanced experience for the game.