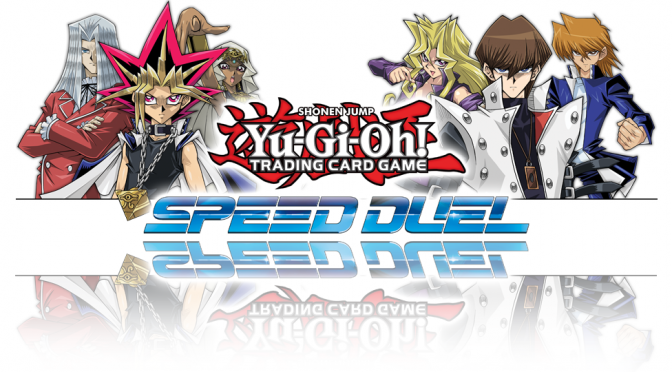 Speed Dueling is easy to learn, and is based on the ruleset found in the Yu-Gi-Oh! Duel Links video game.

Whether this is your first time playing a physical card game, or you’re looking to take your Duel Links knowledge to the real world, Speed Dueling is your gateway to the world of Yu-Gi-Oh!

What is Speed Dueling? 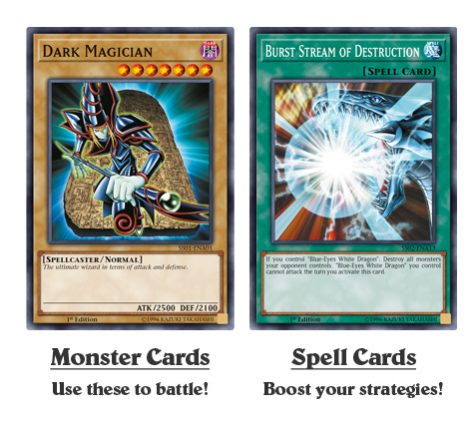 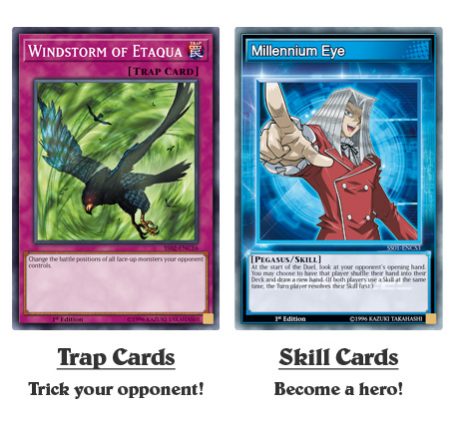 You will find a Dueling Guide in the Speed Duel Starter Decks. This will teach you the basics of how to play.

You can also view the guide here.

The Duel is played in turns. At the start of your turn, draw a card. Then you can Set Traps, play Spells, and Summon a monster, in any order. After all that, you can attack. When you are done attacking, your turn ends, and now it’s your opponent’s turn.

During your turn, you can Normal Summon 1 monster from your hand, in Attack Position (upright), or Set 1 monster facedown in Defense Position (sideways). Count the monster’s Level Stars when you Summon it. If it has 4 or less Level Stars, then you can just Summon or Set it. If it has more than 4 Stars, you need to Tribute a monster you already have in play first, by sending it to the Graveyard. You need to Tribute 1 monster to Summon or Set a Level 5 or 6 monster, or Tribute 2 monsters to Summon or Set a Level 7 or higher monster. If a card effect says to Special Summon a monster, you don’t need to Tribute unless the card effect says to. Also, Special Summons are “free” so they don’t take up your 1 regular Normal Summon/Set during your turn, and can even sometimes be done during your opponent’s turn!

Traps are not played face-up during your turn. Instead, you Set Traps face-down in your turn. Then on any turn after that (yours OR your opponent’s turn), you can flip them face-up and use their effect, then send them to the Graveyard.
This lets you do a surprise move!

Each of your Attack Position monsters can attack once per turn. Pick a monster for it to attack, or if your opponent has no monsters, you can attack their LP directly. Subtract your monster’s ATK points from your opponent’s LP. If you battle an opponent’s monster, refer to the chart on the right to see what happens! If you attack a face-down monster, flip it face-up, and if it survives the battle, it stays face-up.

These are just the basics. You can find out some more cool moves, and learn about advanced things like Quick-Play Spells by reading the full rulebook online at http://www.yugioh-card.com/en/rulebook

Players of all ages and skill levels can compete together in tournaments to make new friends, see new cards and show off their best strategies. There’s no better way to experience the Yu-Gi-Oh! TRADING CARD GAME than to compete in events and Duel with your friends!

There are Yu-Gi-Oh! TCG events for every type of Duelist, from small tournaments in your local store to massive international events where the top Duelists from around the world play for big prizes. No matter which type of tournament you play in, you will always get prizes for taking part; nobody goes home empty-handed after a Yu-Gi-Oh! TCG event! 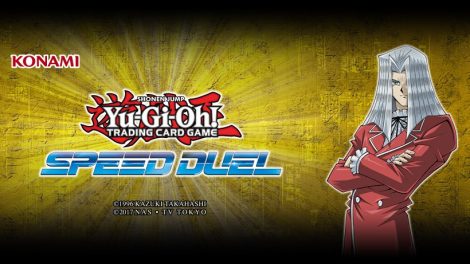 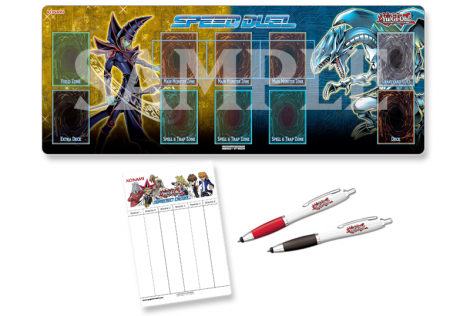 
How to Play the TCG
0Shares