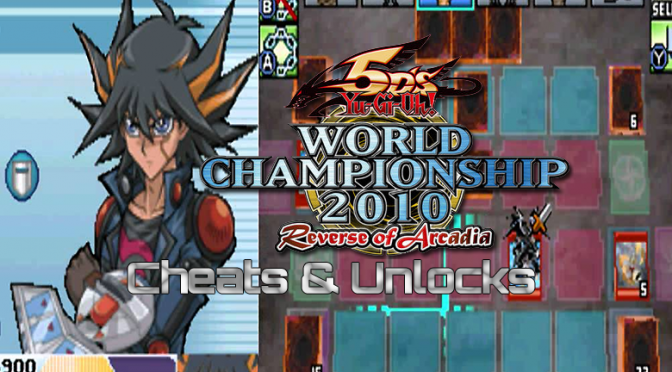 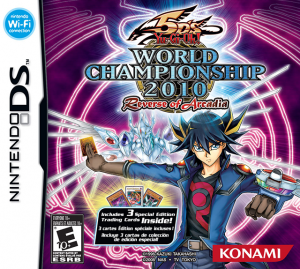 The official game of the annual Yu-Gi-Oh! World Championship Tournament, the DS title offers a stunning simulation of the Trading Card Game, with users constructing, organizing and dueling using the stylus.

While playing through the story mode of Yu-Gi-Oh! 5D’s World Championship 2010 Reverse of Arcadia, you will be asked to solve some Duel Monster puzzles, called Compact Duels in the game. To continue along the story, you need to solve at least three of these puzzles:

Tag partners
Successfully complete the indicated task to unlock the corresponding partner for use in Story mode and World Championship Tag Team battles: