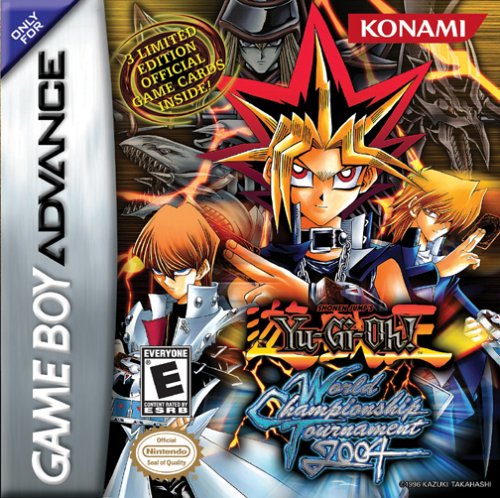 The ultimate card battle begins now in Yu-Gi-Oh! World Championship Tournament 2004, a digital trading card game based on the anime. With over 1100 game cards (100 of which are new), the ability to create three different dueling decks, and dozens of popular characters from the top-rated Yu-Gi-Oh! TV series, the excitement and exhilaration of the Yu-Gi-Oh! TRADING CARD GAME is captured in full force. Victory is all that matters as players practice and tune their decks for the ultimate Yu-Gi-Oh! Tournament. Construct three separate Decks for different dueling strategies and challenge over 25 characters from the hit TV show.

When a duelist has at least one copy of all 1,138 cards, they can choose to ignore the Limited List. However, the stronger duelists don’t follow the Limited list either. For example, Simon the Exodia duelist has three of each of the Exodia parts in his deck, where normally a player may only have one.

The AI is rather poor: if a player has a face-down monster with 2000 defense points, and the AI opponent has a monster with 1900 attack points, they will not attack as they “know” they cannot defeat the face-down monster. As well, an AI opponent will Tribute Summon as soon as possible, even tributing 1 monster to summon exactly the same monster, or even a weaker monster than the original.

Stronger duelists often have high requirements to be “unlocked” (available to duel): the final duelists in the game require the player have at least fifteen more wins than losses against every other duelist in the game.

Good, Could be Better

Well, This game is pretty cool. It’s sort of like that old school card game Magic The Gathering, from back in the day. The game is modeled after a tv show, popular with small boys. I’m 17, however, and i very much enjoy the game. I do, however, have a few annoyances with this game.

1. Your opponent “cheats”. Clearly they know what cards do (the defense points of your monsters), even when they’re supposedly hidden to them… which is very aggravating.
2. It’s very confusing, and time consuming to unlock the new characters. It’s almost impossible to unlock the characters without looking at some sort of online walkthrough, unless you’re willing to spend literally months of messing around, (You have to find certain rare cards, beat duelests specific amounts of times, and configure your deck in special ways to unlock the new characters).
3. I think Joey’s time Wizard is always successful (if you haven’t played the game yet, or are familiar with the game, ignore that).
4. You don’t get an identity. I don’t know, there’s something satisfying about opponents trash taking you “hey Andrew, I’m gonna beat you”. And at the end “Andrew is the best dueler in the world” etc. You don’t get a name. They could’ve had you be Yugi or something… ah well.
5. All the duels are the same, I can’t… say… challenge the rare hunters to a duel for our rarest card. that would’ve pleased me to no end.
6. The levels all look the same, (the color is different, woohoo…). In the ps2 Kingdom of Hearts Yugioh, each level was very unique. Some sort of variety would have made it less monotonous (yeah, i know it doesn’t follow Yugioh rules, but in yugioh, you don’t play 15 straight duels in one sitting)

The game is, however, loads of fun. Here are some of my favorite points of the game:

1. You can have 3 decks, very handy. You can make specialized decks. I have a normal deck, Exodia deck, and a MAKE YOU DISCARD ALL YOUR CARDS REALL QUICK deck. It’s kinda fun to mess around with your decks, and you don’t have to worry about messing up your real deck.
2. I get to see all my favorite yugioh characters… they’re all there Yugi, Joey, Pegasus… etc. And you get to **** the **** out of Tea and Tritsam =).
3. I really like the booster pack idea. For every duel you win, you get a booster pack of cards, just like us magic card (or yugioh card, i suppose) players in real life. You hope for the rares, just like in real life, it’s great.
4. The sound is pretty bad ass.
5. The game is really long, a good value for the money.

I’d really recommend buying this game, even if you don’t know what the f… Yugioh is. I’d only started watching the show after i got the games. If you’ve ever played any of the old (or new) card games, (magic the gather, spellfire, star trek tcg, star wars tcg, pokemon, etc.) you’ll feel right at home. 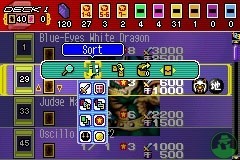 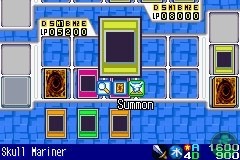 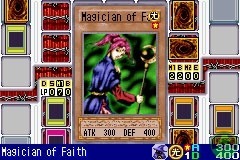 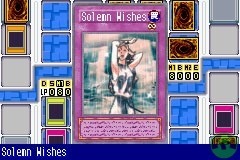 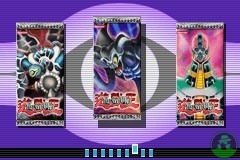 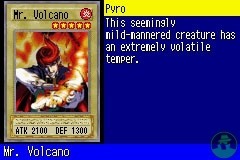