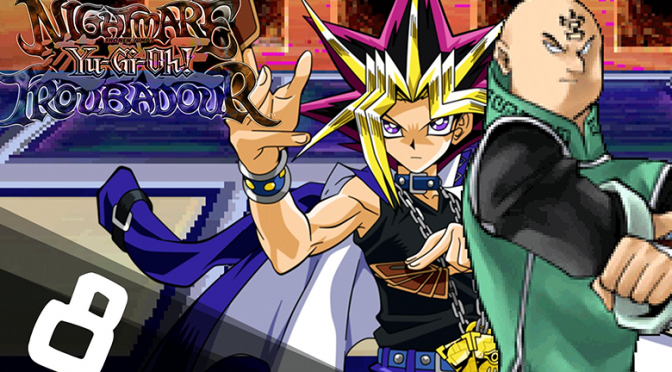 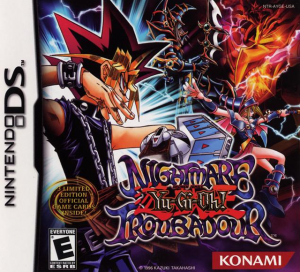 Yu-Gi-Oh!: Nightmare Troubadour is the upcoming Nintendo DS game from Konami based on its popular Yu-Gi-Oh! franchise. The popular cartoon and card game revolves around decks of collectible cards featuring all manners of monsters. The game appears to just be a DS-skewed interpretation of a board game-style experience. Nightmare Troubadour will be the debut Yu-Gi-Oh! card game on the DS system.

The upper screen displays a board with you and your opponent’s cards, while the lower touch screen displays your deck. You’ll use the DS’ stylus to select cards to use. Animated sequences will bring the battle between the creatures on the cards to life. The graphics are simple but true to the art style seen in the source material..

The dual-screen and stylus-based touch-screen elements provide a perfect basis for the dueling action, with players organizing their decks using the stylus, with the monsters brought to vivid life in real-time reaction to the cards that are drawn. To this end, the bottom screen presents an uncluttered 2D view of the cards, with Nightmare Troubadour including recreations of over 1000 of the latest and greatest cards. As players organism their decks to block and counter attacks, so these battles are shown on the top screen in 3D sequences.

Yu-Gi-Oh! Nightmare Troubadour also makes extensive use of the hardware’s wireless connectivity. With Yu-Gi-Oh! very much a social phenomenon, this is reflected in the Nintendo DS game which allows players to embark on two-player duels against like-minded friends. The wireless system facilitates full games against each other, but can also be used to trade cards.

But you can be sure that we’ll keep you updated with more on Yu-Gi-Oh! Nightmare Troubadour as it becomes available.

The 3 promotional cards are:

The Seal of Orichalcos
Obelisk the Tormentor
Gilford the Lighting

Yu-Gi-Oh: Nightmare Troubadour could actually be the first video game version of the card game that actually teaches newbies to the design how to play the card battle game, and that, in itself, is points to the DS version. It’s not presented all that elaborately outside of a list of rules and elements that can be read at any time in the game’s “store” so that players can find out why one card outplayed another, or why one card couldn’t be pulled up at a specific time. But the DS edition of Yu-Gi-Oh has a “puzzle mode” that puts players into specific situations, and it’s here that these newbies can figure out the effects of one card on another before they go into their card battling career. It’s great that Konami has finally acknowledged that there’s an audience out there that’s never bought a pack of cards or knows the difference between a creature and a trap.

The Nintendo DS game isn’t much more than the physical card game moved to the Nintendo DS, but it’s done pretty well because the handheld’s dual screen and touch screen mechanics actually work to the card game’s benefit. With two screens, players always have a view of the cards on the field instead of dealing with a menu system covering up the layout as in previous versions of the game. The touch screen control makes it significant easier to maneuver through the decks and the cards, especially when building up a set of your own during the deck construction phases. The interface has also been cleaned up a bit, giving players better control over setting up the particular phase to speed up play, or to backtrack and see which card the opponent played that caused a particularly nasty occurrence during a specific turn. And, of course, the wireless function of the Nintendo DS works excellent when battling against other players since they don’t have to be tethered so close together as in the GBA link cable.

That’s not to say there isn’t room for improvement. This is the first iteration of the series on the Nintendo DS, and it’s pretty clear that Nightmare Troubadour is the foundation for sequels to come on the system. The single player “adventure” is actually incredibly lame and amazingly uncreative; to find battles, players simply move a cursor around a map and play “Hot or Cold” as they watch their on-screen cursor change color. When it turns red, they’re close to a competitor and must move the cursor slowly in that area until one does. Almost no thought went into this exploration mode, but it at the very least keeps with the status quo when it comes to Yu-Gi-Oh game designs: no game in the series has had an equal balance in both card battle and adventure presentation. The focus has always been on one or the other.

The DS version does have an energetic presentation that doesn’t go overboard, keeping the over-the-top animations of monster battles to a minimum instead of wasting the player’s time with hugely elaborate animations that show the creatures attacking each other. The upper screen houses the 3D presentation, but all the card monsters are represented as pre-rendered models instead of real-time 3D characters. Every so often a creature will be summoned as a 3D polygonal character rising out of his card, but the game will jump back to the standard view and that character will be back to being a pre-rendered sprite. It’s a strange transition that draws attention to itself when it happens, almost as if the art department didn’t have time to finish all of the models in 3D, so it happens only on occasion rather than regularly.

And at the very least, the virtual card game on the DS can be a better experience than the physical one. In the physical card game, anyone with enough money can build a killer deck by either buying tons of booster packs or finding ultra rare cards at a trade shop. In the DS edition, decks are restricted to players who work their way through the “adventure” and earn points that can be converted into booster decks. So, obviously, those who have been playing longer can ultimately have the better decks. But since the game keeps track of what level a certain player has reached, players can see exactly what skill level their potential opponent’s sitting at and choose not to compete wirelessly. Much less chance for a Yu-Gi-Oh hustler in the DS version, that’s for sure.

If you haven’t been swept into the Yu-Gi-Oh craze yet, there’s nothing in the first DS version that will sway you to the card battle side. The game is clearly aimed at the Yu-Gi-Oh fanbase, but even still, the game keeps its presentation open to let those who aren’t on the inside get in on the fun. The Yu-Gi-Oh card design is filled with a lot of strategy and depth, and because it’s all done on the DS handheld you don’t have to invest money in a ton of cards to get into the action. Yu-Gi-Oh: Nightmare Troubadour is clearly only the beginning of the series on the Nintendo DS, and it’s a good start and decent foundation for future iterations. The next step is, obviously, bulk up the single player adventure and, ultimately, take the design online. But for now, the game’s a solid beginning on the dual screen handheld. 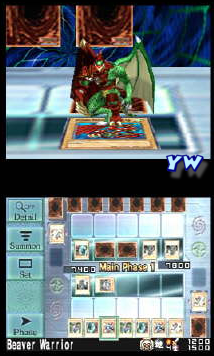 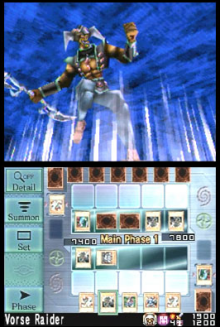 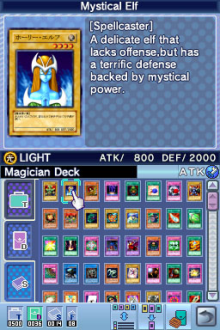 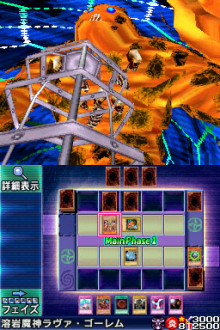 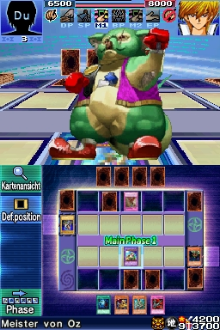 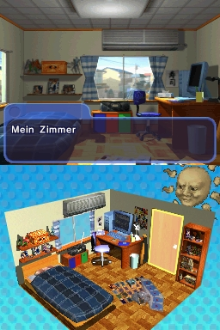 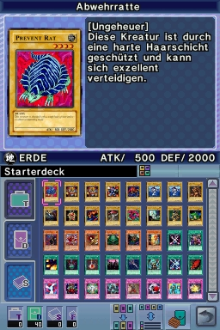