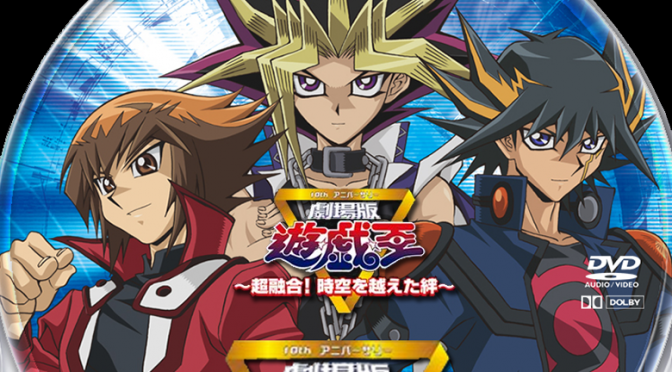 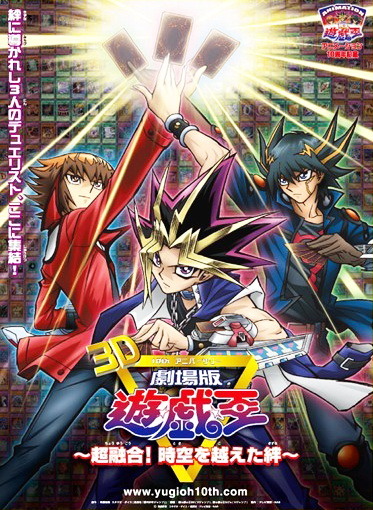 Here is some info on the upcoming Yu-Gi-Oh! 10th Anniversary Movie this coming Spring 2010.

The promo poster for the upcoming movie is shown above.

Apparently, some guy named Paradox stole Yusei’s Stardust Dragon. Yusei pursues Paradox, who can actually slip into time periods. Yusei ends up meeting Judai from another timeline and, somehow, through the power of Yubel, discovers that Paradox is aiming to use Stardust Dragon to destroy the world by converting it to the dark side and to kill Pegasus J. Crawford (or Maximillion Pegasus in the English dub), creator of the Duel Monsters card game in the past, thus cancelling its existence.

They both travel into time back and meets the King of Games, Yugi, who joins their mini expedition in time to defeat Paradox, not only saving the world (of card games) but also to retrieve Stardust Dragon.

The title of the film will be Gekijouban Yuu-Gi-Ou! ~Chou Yuugou! Jikuu o Koeta Kizuna~ or Yu-Gi-Oh! Movie ~Ultra Fusion! Bonds over Time and Space~ (劇場版 遊☆戯☆王 ～超融合！時空を越えた絆～). It will be in full 3D. The theme for the movie is called makemagic by jealkb (which the villain Paradox, played by Tamura Atsushi, is a part of).

Seeing as the title is Ultra Fusion, I can already see Neos fusing with everything it sees. Most likely a combined version of the three’s ace monsters. Most likely through Judai’s Super Polymerization card.

Another promo video was released along with Yu-Gi-Oh! 5D’s episode 87. It replaced the closing song’s video which usually shows weird art of the 5D’s characters.

Stars of the film: 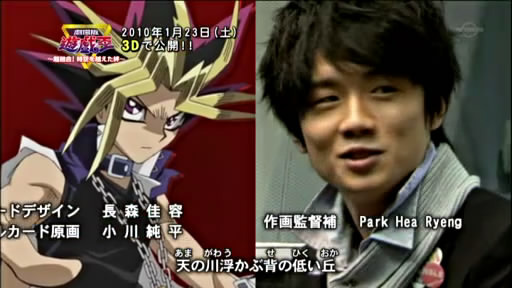 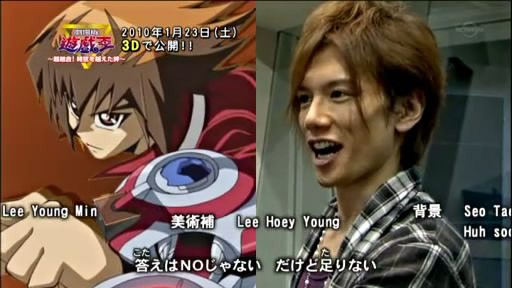 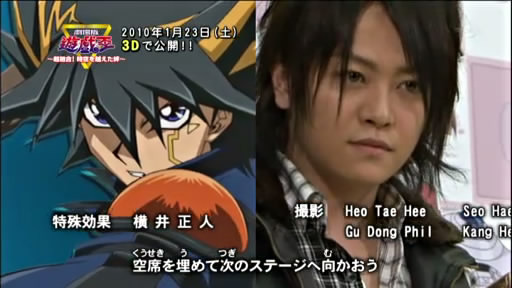 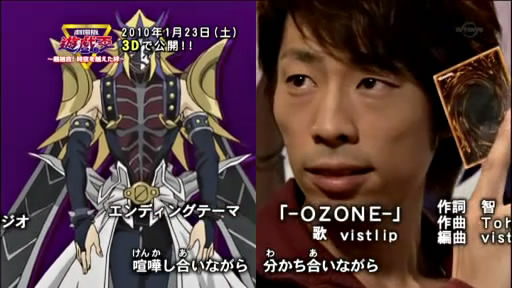 Most likely Pegasus and Yubel are to appear in this movie as well.. but other characters (such as Manjoume Jun, Jack Atlas or Kaiba Seto) are still not confirmed.