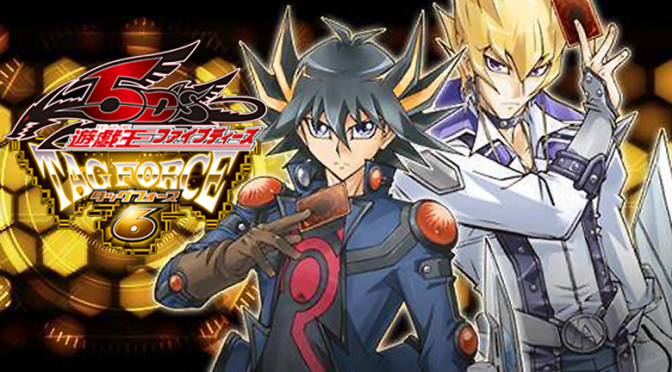 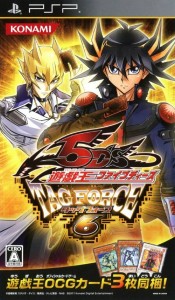 Six months have passed since the fight against the Dark Signers. New Domino City and Satellite have finally been reunited and now live in peace and harmony. Until the arrival of 3 mysterious people who claimed to be from Yliaster and a new mysterious Turbo Duelist named Ghost arrives. Now, only Yusei can stop him. Battle through Story Mode for full emersion in the world of the Yu-Gi-Oh! 5D’s animated series and interact with more than 100 characters. Compete against opponents in one-on-one Free Duels or team up with a partner to defeat opponents using more than 4,500 cards in the biggest Yu-Gi-Oh! game ever! Full 3D animation and 4 player ad-hoc game play makes Yu-Gi-Oh! 5D’s Tagforce 5 a force to be reckoned with.

Rewards for UMD-Recognition with Tag Force 5:

As has become traditional with Konami’s Yu-Gi-Oh! titles, Yu-Gi-Oh! 5D’s Duel Transfer will be released with three official Trading Cards inside the box.

WIND/Warrior – Effect/2/1000/0
When this card is sent to the Graveyard, face-up Level 2 or lower Monsters you control gain 500 ATK.

WIND/Dragon – Tuner/3/300/900
Once per turn, you can activate this effect by selecting 1 face-up Monster you control. The selected Monster is treated as Dragon-Type until the End Phase.

FIRE/Warrior – Synchro – Effect/8/2800/2600
Tuner + 1 or more Non-Tuner Monster
When this card destroys an opponent’s monster by battle and sends it to the Graveyard, during your opponent’s next turn, your opponent cannot Normal Summon or Special Summon a Level 5 or higher monster

Yu-Gi-Oh! 5D’s Tagforce 6 for the PSP is scheduled to launch in Japan Sept 2011 while North America, Europe gets no release s at all.

Look for even more Yu-Gi-Oh! 5D’s Tagforce 6 details as we uncover them.