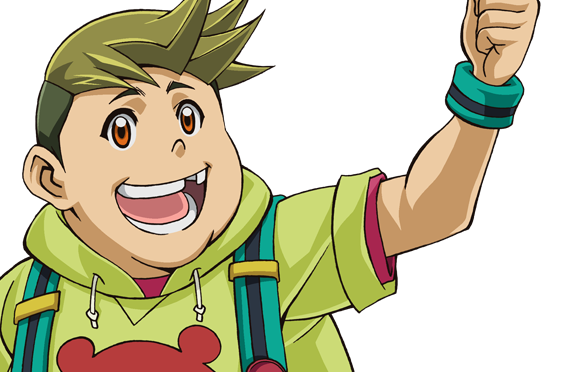 Frederick, known as Futoshi Harada ( フトシ Harada Futoshi) in the Japanese version, is a student of You Show Duel School. 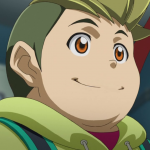 His role is cheering for his friends. He is famous for getting the “shivers” when his friend turns the tables of the Duel (in the dub, he has no set catchphrase, as he usually says something different in each episode; however, he does use “goose pickles” most often). 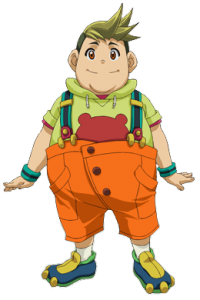 In the dub, Frederick speaks in a German accent. He has a tendency to speak German words on occasions and to mention Germanic food. In the German version of the anime he speaks in a Bavarian accent.

Frederick uses a “Doodle” Deck which focuses on Beatdown tactics. The ace of the Deck “Doodle Beast – Tyranno” can be Tribute Summoned using a single “Doodle Beast” Tribute, and activates its effects as soon as it is Tribute Summoned, allowing “Tyranno” to destroy a monster on the field and gain half its ATK, allowing him to deal a lot of damage to his opponent’s Life Points. Frederick reinforces his deck with cards to protect his monsters to ensure a successful Tribute Summon. 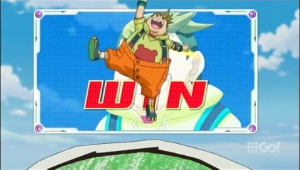