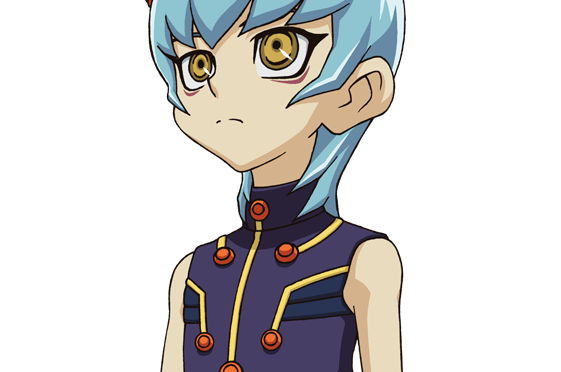 Hart Tenjo, known as Haruto Tenjo (天城ハルト, Tenjō Haruto) in the Japanese version, is Kite Tenjo’s younger brother and younger son of Dr. Faker. He possesses abilities from the Barian World, that Dr. Faker abuses in order to accomplish his plan of destroying the Astral World, and collecting the “Number” cards. He holds a strong connection to Yuma Tsukumo and Astral. 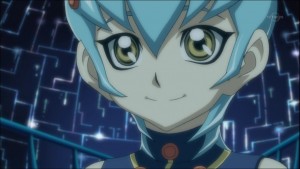 Although he is fragile, his dub name is the German word for “tough” or “strong”.

Hart was born very frail and sickly, and due to this, his father, Dr. Faker went to great lengths to save him. He eventually made a deal with Vector of the Barian World, who sustained Hart’s life in exchange for Faker finding a way to collect the Numbers and destroy the Astral World. 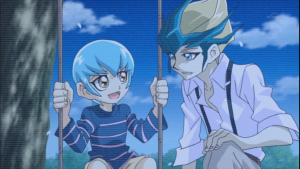 While under the influence of Vector’s Barian powers, Hart suffers from a split personality: that of a sadistic nature with a desire to destroy the Astral World, as seen when he’s laughing at its inhabitants’ suffering, saying that he “needs more screams” (in the dub he says he needs more energy), as that is what comforts him. When he’s not using his powers, he tends to act quite vulnerable, usually staying in bed, or looking down at Heartland City from the Heartland Tower, wondering why he cannot enjoy laughter like the people who attend the Heartland Fairground.

Hart possesses Barian powers that can create paths to alternate realities and teleport himself to another location, especially when he is worried with his brother.
Also, he is able to transfer his power to others, like he did with Kaito, in the form of Neo Galaxy-Eyes Photon Dragon.
Moreover, his powers allows him to see Astral and even hear him. 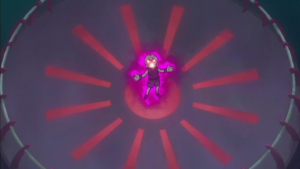 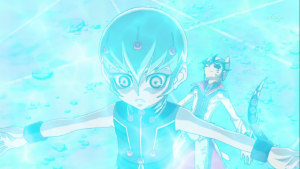