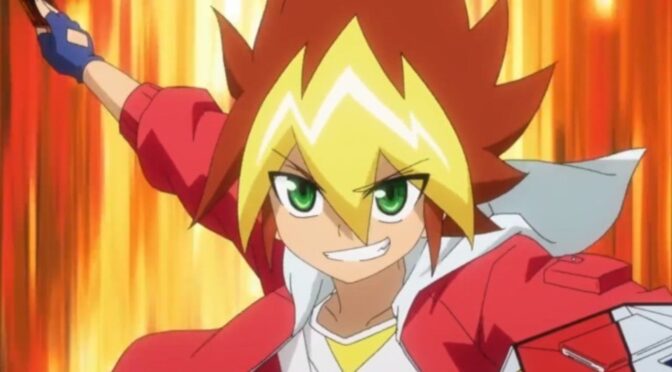 Yuga Ohdo –  – (Ōdō Yūga) is the main protagonist of Yu-Gi-Oh! SEVENS. He is an enthusiastic fifth grader that tinkers with machines and makes up new rules, which applies to the making of Rush Duels.

Yuga is a short, green-eyed boy with flame-like hair, colored auburn and yellow. He wears a long-sleeved red jacket with white shoulders, a white shirt with yellow designs, a brown belt around his black shorts, blue shoes with red details, and blue fingerless gloves.

Yuga is an intelligent, passionate, enthusiastic, inventive, but also rebellious young boy. His rebellious actions are justified however as he is determined to invent new ways of dueling to make life better for people like him. Despite being extremely intelligent, Yuga is not always lucky in successfully inventing his own creations.

He dislikes the Master Duels that most adults do, due to being too serious and having many rules. Instead, he uses his own Duel style, Rush Duels, to entertain himself and the audience. He is also a bit of a daydreamer. Yuga has a fondness of the number seven as Goha Corporation’s emblem is a hexagon, Yuga considers the number seven to be what can break through Goha’s excessive control.

Yuga is a selfless person. When Luke told Yuga to take the title of “King of Duels”, Yuga immediately allowed Luke to take it himself as Yuga knew that it was Luke’s dream, even though the supposed door was just a projection unknown to both of them. Yuga shows no interest in being the best Duelist and just wants Dueling to be more fun for everyone, he did not mind losing against Luke even when everyone expected him to win due to being the creator of Rush Duels. Yuga tends to panic nervously when in a tough or unexpected situation during a Rush Duel.

Yuga is a capable programmer and tinkerer who makes new inventions, like the “Duel Bike”, or the 7-shaped Duel Disk.

Yuga plays a Spellcaster Deck specifically designed for use in Rush Duels to quickly swarm the field for a strong defense, increase the ATK of his monsters, and gain an upper-hand by sending cards to the Graveyard to power up his ace monster, “Sevens Road Magician“, which can gain 300 ATK for every Attribute in Yuga’s Graveyard. He also has cards to recycle cards, re-use cards, and support his Spellcasters.

Yuga takes advantage of Rush Duel’s ruling that players draw cards until their hand is five during the Draw Phase by intentionally using as many cards in his hand as possible every turn, for that purpose he often sets Spell Card seven if he can’t use them yet.

His Deck is also said to be a combination of cards that resemble the Decks of previous main protagonists. Yuga owns a spare copy of this Deck, which he lends to others. 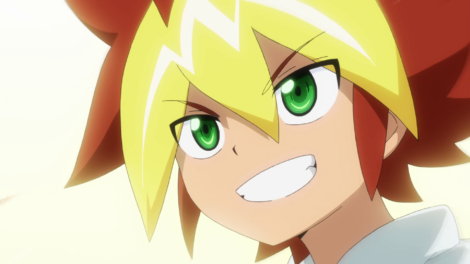