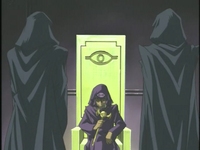 In an alley, a duel between two people has just ended. However, the winner of the duel isn’t too happy with loser’s rarest card, and he demands the loser to fork over two cards. Just before things get rough, Mokuba blows his whistle to stop the argument. Mokuba states that he is commssioner of Battle City tournament and that all disputes will be brought up to him. The winning duelist orders Mokuba to get lost. Suddenly, Kaiba steps in and says that when he disrespects his brother, he disrespects him and the Battle City tournament. So Kaiba opens his briefcase, which is filled with rare cards. He challenges the duelist to a duel on one condition: he must use the cards to boost his deck. The duelist grins and claims there’s no way he can lose with all these rare cards! With the duelist’s deck powered up, the duel begins. Kaiba states that he only needs to play one card to win. He summons his Egyptian God card to wipe out the duelist’s life points. Kaiba and Mokuba then walk away with the duelist trapped in fear.

While walking, Kaiba tells himself that the two remaining Egyptian God cards must be somewhere in Battle City. He will take them for himself, and then regain his title as the #1 Champion Duelist.

Meanwhile, Marik is informed by a Rare Hunter that Obelisk the Tormentor was played moments ago. He identifies the owner of the card as Seto Kaiba. Marik isn’t surprised. He assumes Ishizu was behind all of this and gave the card to Kaiba. He recalls the time when he controlled the mind of one of his servants to steal the Egyptian God card, Winged Dragon of Ra. After he steals the card, he meets up with Ishizu, who orders him to stop his evil deeds. Marik doesn’t want to protect the Pharaoh, he wants to inherit the Pharaoh’s strength. He will stop at nothing to get what he wants, even if it means hurting his own sister Ishizu. The flashback ends. Marik knows that Ishizu planned out everything. She handed Obelisk to Kaiba, and then out of greed, Kaiba would create the tournament to attract the other two cards. When Marik is done thinking, one of the Rare Hunters asks him if a team of Rare Hunters should be prepared to take down Kaiba. Marik replies with a no and states that he has something else in mind. He orders them to dispatch Arkana to take down Yugi.

At the hospital, Tristan tells Serenity that he’s leaving to meet up with Joey and the others. Before he leaves, Serenity wants Tristan to promise her that he will take her down to Battle City on the day she gets her bandages removed. When she does get them removed, the first sight she wants to see is her brother dueling. Tristan says that it will be his honor to do that, and that makes Serenity happy.

Meanwhile, Joey, Tea and Yugi’s Grandpa are walking down the street commenting on Joey’s duel. Grandpa tells Joey that he has come a long way and Tea agrees. Then Tea and Grandpa decide to look for Yugi next, so they go separate ways. Yugi is glad that Joey let him hold onto Red-Eyes. He just hopes Joey can survive without it. Yami knows that Joey can because Joey is a strong duelist. All he has to do is believe in himself and his deck. Yugi now wonders where Marik will strike next. They don’t even know what he looks like.

Suddenly, Yugi hears a laugh. He looks ahead and sees a clown. The clown speaks. It tells Yugi that his master has been looking for him and to walk into the nearby tent. Yugi is skeptical about this, but the clown says that it’s in his best interest to go. So Yugi walks towards the tent. Tea and Grandpa see Yugi walking towards the tent, so they follow him. When Yugi gets inside, he sees a light shine on a magic trick box. The clown from earlier tells Yugi to go in it, so Yugi starts walking towards it. Tea and Grandpa reach inside the tent see Yugi walking in it. They call out to him, but Yugi doesn’t respond back. He walks inside the box. Suddenly, the box explodes and collapses. Nothing comes out, meaning Yugi has disappeared! Tea and Grandpa are worried something bad has happened to him.

Mokuba reports to his brother that the satellite system has lost track of Yugi. Kaiba tells Mokuba to make sure that the system is working properly. He knows that Yugi’s duel disk sends out a signal every second of the day, so something is blocking it.

Yugi walks out of the trick box and ends up in a different room. He wonders where he is at. Suddenly, a nearby computer switches on and displays Yugi’s dueling data. The Dark Magician is displayed as Yugi’s rare card. Suddenly, the Dark Magician on screen comes to life and pops out of the computer. It states that Yugi is not a worthy person. Yugi smiles and says, “Enough of these tricks!” An evil laugh comes from a distant, and a duelist walks out. He introduces himself as Arkana, the true master of the Dark Magician, and he challenges Yugi to a duel. Yugi accepts the duel. He says that even though a duelist can choose their favorite cards to put in their decks, sometimes the cards choose the duelist. In that case, the Dark Magician has chosen Yugi.

Arkana leads Yugi down to a basement and says that he has orders from other people to take Yugi down. Yugi questions who these “other people” are, but Arkana tells him not to worry about it. Yugi knows that if Arkana is working for Marik, then there is so much more in stake than just his Dark Magician. Arkana opens a door and reveals his secret dueling arena, which was made specifically for this duel. They are completely alone, and Kaiba won’t be able to track them down. After the introductions, both duelists shuffle their decks. Because Yugi doesn’t trust Arkana, he cuts Arkana’s deck several times.

Suddenly, the platform moves and both duelists are trapped and cuffed into opposite sides of the arena. Arkana laughs and says that they aren’t just playing for cards, but they are also playing for their minds. Two spinning, blue disks appear. Arkana explains that they are Dark Energy Disks, and one touch from them will banish your mind into the Shadow Realm. Above the energy disks are life point marks. The closer your life points get to zero, the closer the energy disks get to you. Then a box appears between the feet of each duelist. On top of the box displays the life points of the opponent. Inside the box is the key to unlock the shackles. Only the winner will be able to get that key. Yugi thinks Arkana is a demented, mad man who likes to toy with peoples’ minds. Arkana just laughs and states that he’s undefeated. 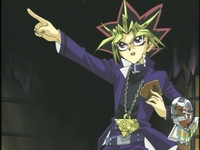 The duel begins, and both players draw their five cards. Arkana stares at his hand and sees that he has drawn his Dark Magician. Arkana grins because he manipulated his deck. All he had to do was trim the edges of a few cards, including his Dark Magician, and when Yugi cut his deck, the Dark Magician would fall on the top of the deck. Yugi begins his move by placing one card face down. Then he summons Alpha the Magnet Warrior in defense mode. Arkana tells Yugi to brace himself, as he draws a card. He summons Legion of Fiend Jester in defense mode and ends his turn.

Yugi is up now, and he draws a card. In order to beat this trickster, he has to act like one. Because Yugi doesn’t trust Arkana’s hand, he plays Card Destruction. Arkana is shocked. His plan is ruined now that he lost his Dark Magician. Yugi states that he knew Arkana would fix his hand, but now he’ll have to start over again. With that over, Yugi activates his face down card, Brain Control. He takes control of Arkana’s Fiend Jester. With two monsters on his field, Yugi sacrifices both of them to summon his Dark Magician. Arkana is open to a direct attack, so Yugi orders his monster to attack. Arkana loses 2500 life points and is down to 1500. The energy disk moves closer to Arkana. However, even though Arkana took the first hit, he says that he still has a few tricks up his sleeve, and Yugi’s mind will be trapped in the Shadow Realm forever. 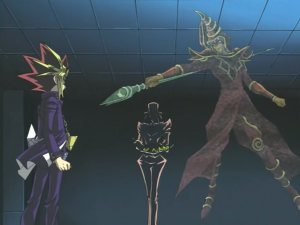 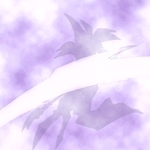 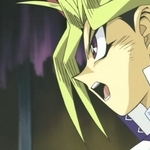 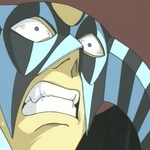 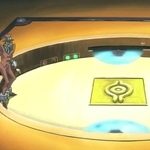 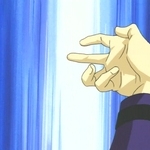 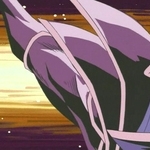 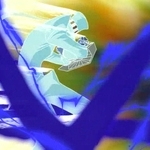 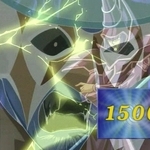 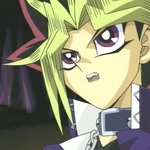 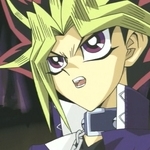 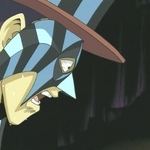 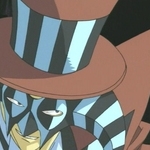 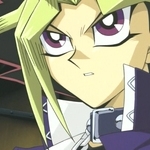 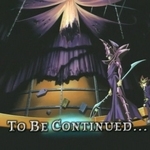 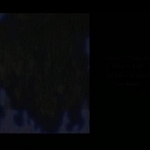 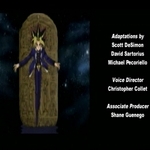 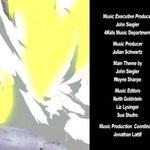 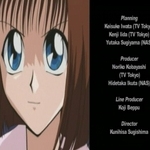 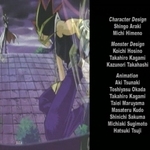 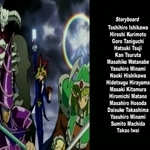