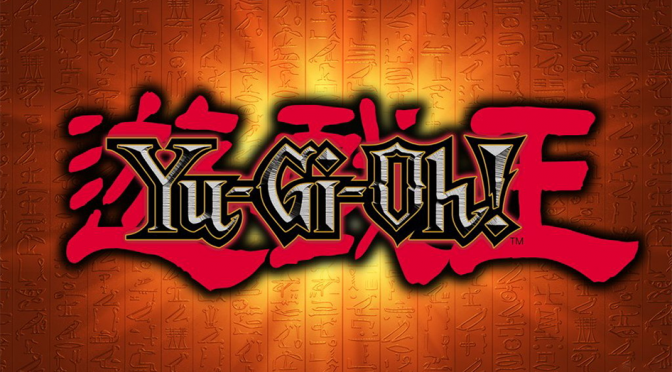 Shueisha is celebrating the huge 50th Anniversary of Weekly Shonen Jump, and its authors are paying tribute to the magazine in big ways by providing new sketches of their characters for a major exhibit in Japan. This, of course, includes Yu-Gi-Oh! series creator Kazuki Takahashi, who shared a brand new sketch of Yugi (in his Pharoah form) that fans will definitely love. 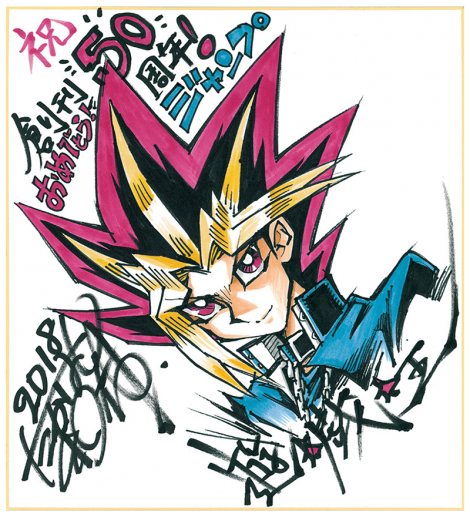 The new sketch of the Yugi comes as part of the special exhibit, running from July 17 until September 30 in Japan, featuring series which made their mark or had a substantial run in the 2000s such as Bleach, Naruto, Haikyu!!, Gintama, Eyeshield 21, The Prince of Tennis, Hunter x Hunter, Assassination Classroom, Hikaru no Go, D. Gray Man, Death Note and more..

Many of the current anime fans have been shaped and molded by the series of this decade specifically. Many fans have ties to series of the 90, but the series of the 2000s had the benefit of the Internet age as the expansion of fansubs and ability to share more than just a few VCR fan video tapes between a few people. Communities became a big part of the anime fandom as major series like Yu-Gi-Oh! made major headway in the West on television and online.

The Yu-Gi-Oh! series was originally created by Kazuki Takahashi. It ran in Shueisha’s Weekly Shonen Jump from September 1996 to March 2004. The series follows Yugi Mutou, a young boy who solves an ancient puzzle and is possessed by the spirit of the Egyptian pharoah. Being skilled at deadly games, the Pharoah goes on to create and solve problems for Yugi based on deadly games of chance.

The series is celebrating its 20th Anniversary this year, and it’s now more popular than ever. Some collectors have made the merchandise even more valuable than ever, with some of the rarest cards in the trading card game selling for ridiculous amounts.