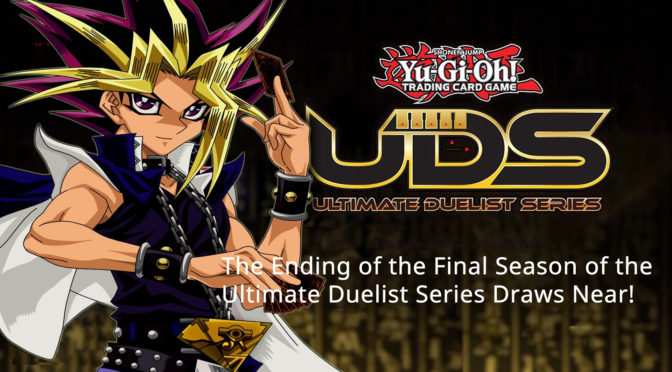 The Ultimate Duelist Series program (UDS) launched in 2015, and during the last five years we’ve watched the best of the best come together and compete for the title of Ultimate Duelist. Eighteen different champions have walked away with amazing title belts and the rich rewards that come with being an Ultimate Duelist.

Current (and upcoming) Ultimate Duelists will continue to enjoy the perks that come with your title*, including:

*As always, Ultimate Duelists must have won a UDS Invitational and must be in possession of the belt and bring it with them to events in order to receive these perks. You will also need to bring your belt to participate in the special exhibition tournament.

In addition, Ultimate Duelists will be invited to a special exhibition tournament this fall in Southern California to crown the “Undisputed” Ultimate Duelist – watch for more details! You will need your title belt in order to participate.

Konami also mentioned that for Duelists with UDS Points, point redemption for prize items will continue while supplies last, at select Tier 3 events beginning with the 2020 World Championship Qualifiers.