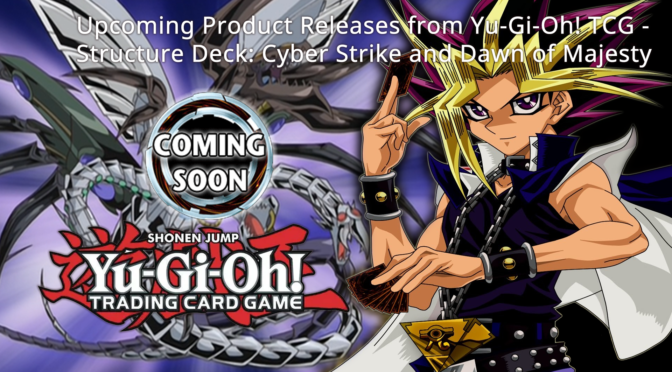 Once again we want to share some details on a couple of NEW upcoming products from the Yu-Gi-Oh! TCG (TRADING CARD GAME):

First off, arriving on July 30, 2021, Structure Deck: Cyber Strike (MSRP: $9.99 per box) enhances both of Zane Truesdale’s strategies from the Yu-Gi-Oh! GX anime! This is one of the most customizable Structure Decks yet. You can choose to focus on Zane’s original Cyber Dragon Fusion strategy, his Dragon-based Cyberdark strategy, or play both together in a single Deck like in the later seasons of Yu-Gi-Oh! GX 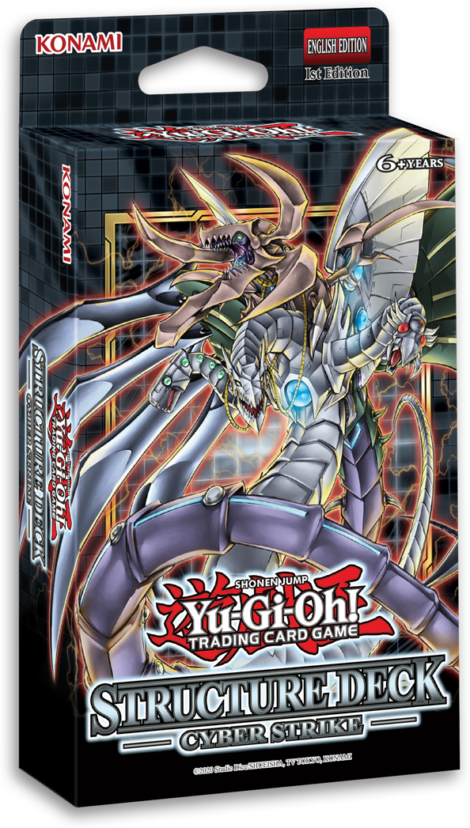 Structure Deck: Cyber Strike enhances both of Zane Truesdale’s strategies from the Yu-Gi-Oh! GX anime! This is one of the most customizable Structure Decks yet. You can choose to focus on Zane’s original Cyber Dragon Fusion strategy, his Dragon-based Cyberdark strategy, or play both together in a single Deck like in the later seasons of Yu-Gi-Oh! GX.

You can fuse together multiple copies of Cyber Dragon with Power Bond to create Zane’s signature Cyber End Dragon and raise its ATK all the way to 8000! It’s easier than ever thanks to a brand-new monster that can add Power Bond from your Deck and let you use monsters in your Graveyard as Fusion Materials for it.

Why choose just one when you can have both? Structure Deck: Cyber Strike specializes in fusing these two strategies together into a powerful hybrid strategy, and the ultimate symbol of this fusion is a new fusion of Cyberdark Dragon and Cyber End Dragon! This 5000 ATK powerhouse can also be Summoned by Tributing Cyberdarkness Dragon while equipped with Cyber End Dragon, so even the requirements for playing your new boss monster are flexible!

With the new Spell Card Cybernetic Horizon, both strategies can fuse with no malfunctions! This card allows you to add a Dragon or Machine “Cyber” monster to your hand and fill your GY with “Cyber” Dragon or Machine monsters necessary for Overload Fusion! Reach for the horizon and grasp your victory.

Structure Deck: Cyber Strike is slated to contain a 43-card Main Deck as well as a 5-card Extra Deck for a total of 48 cards*

Again, here is the official Yu-Gi-Oh! TCG fact sheet as released by Konami: 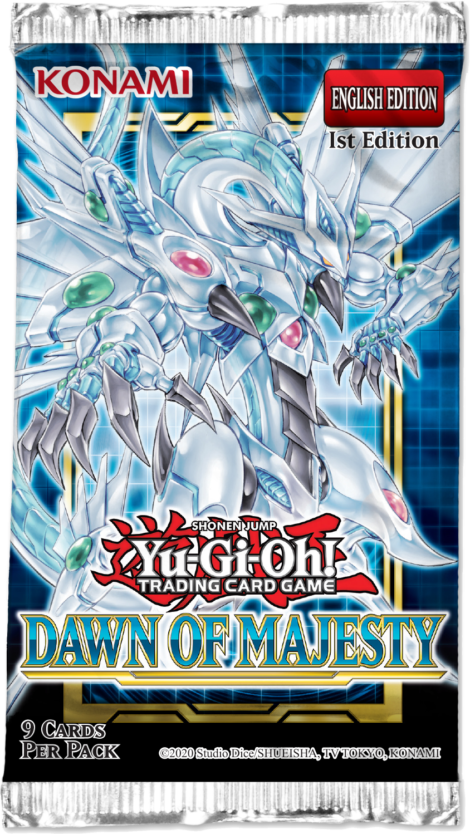 Let’s rev it up again! Yusei’s Stardust Dragon from Yu-Gi-Oh! 5D’s takes flight with a brand-new slate of cards! Speed up your Stardust Dragon strategy with new Tuner monsters that can Special Summon themselves, making it easy to Synchro Summon Stardust Dragon and then upgrade it into a brand-new “Majestic” form. Draw up the blueprints for your victory with Spell and Trap Cards that benefit you further for Summoning Stardust Dragon and its more advanced forms, as well as activating their effects.

After sitting out for two sets, the Gizmeks are back in force and becoming a full-fledged theme with 4 new “Gizmek” monsters as well as their own Field Spell! These magnificent machines excel on utilizing other machines with identical ATK and DEF, so the synergy not only works with the original Gizmeks, but also with monsters from the past! Now it’s up to you to find out the hidden potential of machines yet to be in the spotlight! Duelists who missed out on the original Gizmeks can find two of them in Egyptian God Deck: Obelisk the Tormentor and another in Structure Deck: Cyber Strike.

What’s scarier: a swarm of small angry insects or one very big, very angry insect? Whichever you choose, you’ll be glad it’s on your side when you play with the brand-new World Premiere theme introduced in Dawn of Majesty! Gather a swarm of Insects that can link together to create a 3000 ATK Insect that can Tribute other Insects to deploy a stronger one or to prepare an attack with its power to climb all the way to 5000 ATK!

Be sure to check back with YW for product images and more information as it becomes available.