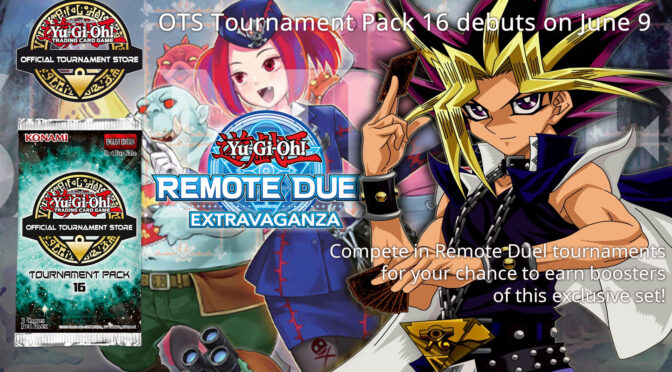 OTS Tournament Pack 16 debuts only through Official Tournament Stores on June 9 as a prize or partipation reward. 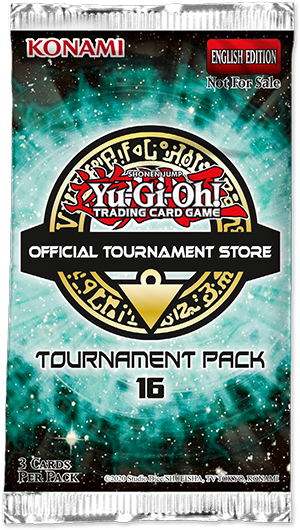 So, what are you Dueling for?

Get ready, because OTS Tournament Pack 16 is your new prize at your local Official Tournament Store! Compete in Remote Duel tournaments for your chance to earn boosters of this exclusive set, the only place you’ll find Ultimate Rare cards like the tournament powerhouse Forbidden Droplet, and the fan-favorite variant art version of Cyber Dragon! Virtual World and Drytron fans can add Super Rare upgrades like Drytron Delta Altais and Virtual World Gate – Qinglong to their Decks, and even King of the Skull Servants is getting a brand-new foil.

Then, on the June 12th weekend, watch the top 16 Duelists from the United States and Canada compete in the North America Remote Duel Invitational. One week later, on June 19th, top Duelists from Central and South America will duke it out in the Latin America Remote Duel Invitational. Watch both events, streaming live on the Official Yu-Gi-Oh! TRADING CARD GAME YouTube or Twitch channels. 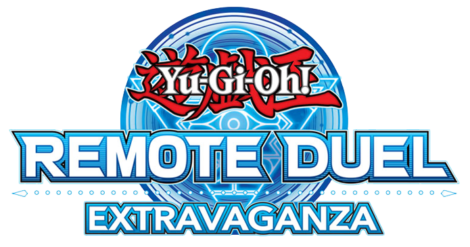