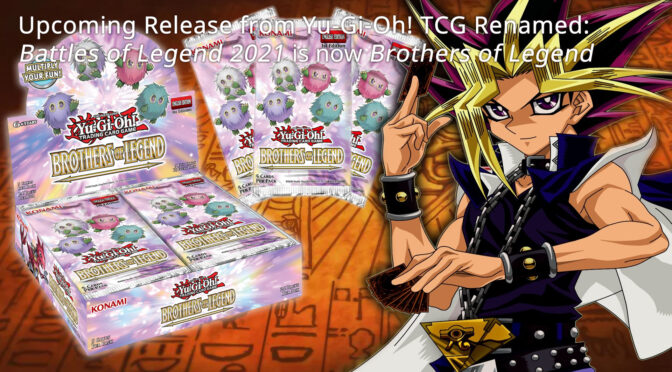 The upcoming Yu-Gi-Oh! TRADING CARD GAME product Battles of Legend 2021 previously announced has been renamed to Brothers of Legend and is set to arrive on October 1, 2021. 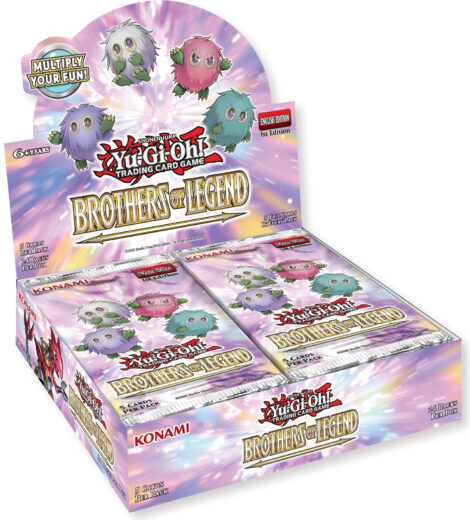 Brothers of Legend enters the fray this Fall! Multiply your fun with this all-foil booster set that introduces never-before-released cards from the first 6 Yu-Gi-Oh! animated series into the Yu-Gi-Oh! TRADING CARD GAME. Brothers of Legend features cards from Yugi, Zane Truesdale, Syrus Truesdale, Sherry Leblanc, Yuma, and more! Here is a quick look at what Duelists can expect:

Brothers of Legend has nearly 60 new cards in all as well as more than 30 returning cards, including another chance to obtain the tournament mainstay, Forbidden Droplet!