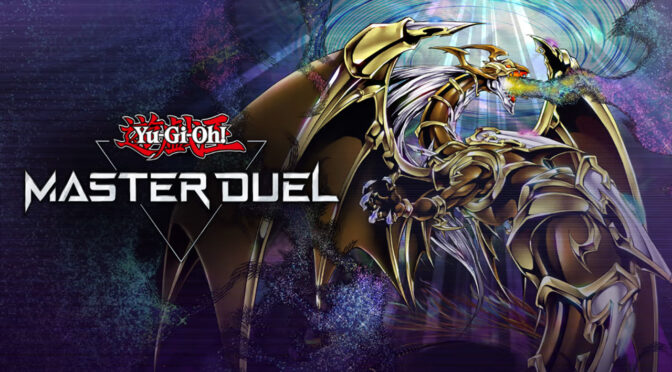 Experience the next generation of Yu-Gi-Oh! with Yu-Gi-Oh! Master Duel a digital trading card game!

Konami has officially released Yu-Gi-Oh! Master Duel on all platforms, giving players access to a new, free-to-play way to enjoy the popular card game in a digital format.

This was a surprise launch, as the developers gave no indication that a release was coming before the end of January.

Finally, the “Yu-Gi-Oh!” digital card game you’ve been waiting for!

The definitive edition of the competitive card game that has been evolving for over 20 years!

Duel at the highest level against Duelists from all over the world.

Get ready: it’s time to Duel!

Now you can play the “Yu-Gi-Oh! TCG,” digitally, anywhere. Fast-paced Duels with stunning HD graphics and a new, dynamic soundtrack!

Yu-Gi-Oh! Master Duel is a new free-to-play game in the Yu-Gi-Oh! franchise based on its traditional Master Rule. With over 10,000 cards, it intends to be friendly to newcomers who are still learning the rules while also allowing high-level players to enjoy great competitions all over the world. The game features crossplay and it’s possible to use the same account in all systems.

Get ready to challenge Duelists around the world!

Play Duels at Any Level!

The full Yu-Gi-Oh! experience is available for anyone at any Skill Level. Don’t worry if you’re a new player or if you haven’t Dueled in a while, the in-game tutorials will teach you the basics on how to play the Yu-Gi-Oh! TRADING CARD GAME. You’ll be given a Deck when you finish to help you start your journey!

Collect new cards as you progress through the game to power up your Decks!

About “Yu-Gi-Oh!”
“Yu-Gi-Oh!” is a popular manga created by Kazuki Takahashi that was serialized in SHUEISHA Inc.’s “WEEKLY SHONEN JUMP” since 1996. Konami Digital Entertainment Co., Ltd. provides a Trading Card Game (TCG) and console games, based on “Yu-Gi-Oh!” created from the original manga, that has been enjoyed around the world.

Tthe game is now playable for anyone who downloads it on Nintendo Switch, consoles, and PC. The game will be available on both iOS and the Google Play Store soon.