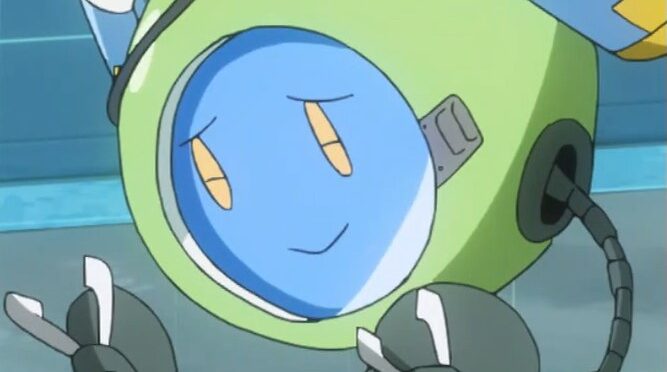 Kaizo -カイゾー (Kaizō) is one of Yuga Ohdo’s inventions, or “Roads”, having been modified from a Goha Corporation Drone. 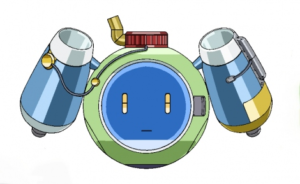 Kaizo is a green, spherical Goha Corporation Drone with a blue screen that serves as both a display and Kaizo’s face. Following its modifications by Yuga Ohdo, it has a red top that resembles a bottle cap with a gold tube at the side, and blue cylindrical appendages with white rims; the left one with some yellow plating.

Upon being modified by Yuga, Kaizo has shown to possess a free will and individuality among other drones. It is a fan of Romin and her music, even to the point of putting down its modifier. After several modifications, it is shown to hit on other girls, including the photographer of the newspaper club.

Kaizo demonstrates fear when Yuga resets it, though this does not seem to have affected its personality in the manner that Yuga had intended. Yuga theorizes that Kaizo is becoming more eccentric every time he modifies it.