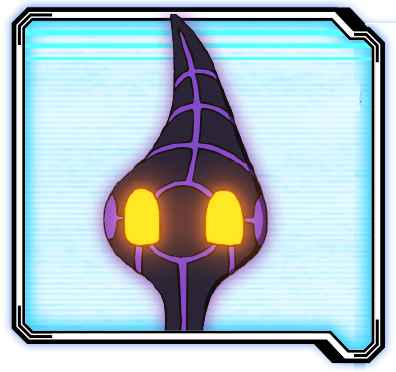 Ignis (イグニス), also known as the Mysterious Lifeform (謎の生命体 or the Mysterious A.I. is a mysterious AI program sought after by both SOL Technology and the Knights of Hanoi. He was captured into Yusaku Fujiki‘s Duel Disk and forced to be his Duel AI. 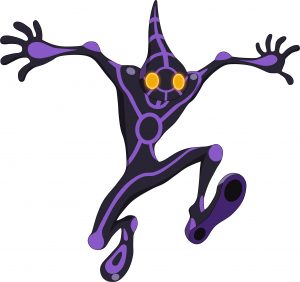 Ignis is a self-centered AI who gets carried away easily and likes to joke around. Right from the start, he can be seen as mischievous and arrogant. According to his own words, he is very disliked by his own people.

An AI program created by SOL Technology, he was used alongside five other AI programs. Five years prior to the start of the series, Knights of Hanoi launched an attack against the Cyberse and captured the AIs protecting it, except for Ignis who wasn’t present. Ignis arrived, noting that it was a good time to be hated by his own kind. He stole vital information from the Cyberse and hid it within himself, disconnecting it from the rest of the network which forced Hanoi to stop the attack. Despite being crushed by a “Cracking Dragon”, his eye survived. Ever since, he had been running from both the Knights and SOL Technology. Being reduced to nothing but an eye also damaged most of his memories.

While being pursued by both factions, Ignis fell into a trap created by Playmaker, who saved him by absorbing him into his Duel Disk, turning him into a Dueling AI, thus necessitating the defeat of Playmaker in order to recover Ignis.

As an AI belonging to the Cyberse, Ignis has some degree of control over it. He is the only one who knows its location and can unlock data from it to start a Data Storm. He is shown to be far more sophisticated than other AIs, being fully capable of thinking and acting on his own will and showing emotion. According to Shoichi Kusanagi, Ignis is built out of highly complicated algorithms that even Yusaku couldn’t fully decode. He can obtain data about Duelists while in Link VRAINS to quickly learn about them.

After being trapped in Yusaku’s Duel Disk, he can also act as a Duel AI. Inside Link VRAINS, Ignis is shown to be able to transform into a monster, which he did to devour a Knight of Hanoi member.

Yusaku Fujiki (Playmaker)
Being trapped in Yusaku’s Duel Disk, Ignis somewhat reluctantly acts as Playmaker’s Duel AI for the sake of staying safe from Hanoi and SOL Technology. Ignis talks to Playmaker politely and frequently offers support, but Playmaker treats Ignis as a hostage and is somewhat rude towards him. Yusaku gave Ignis the nickname “Ai” (a pun on “A.I.” and “eye”), much to his annoyance.