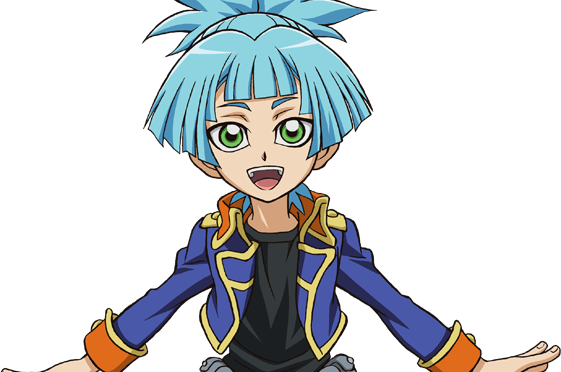 Sora Perse, known as Sora Shiun’in or Sora Shiunin (( Shiun’in Sora) in the Japanese version, is a character interested in the Pendulum Summon Yuya Sakaki created. This mysterious boy decides to become his apprentice. Sora is revealed to be a soldier of Duel Academy, a “Duel Soldier” training facility in the Fusion Dimension. As a soldier of Duel Academy, he swears loyalty to Leo Akaba and his plan to “unite the dimensions”. 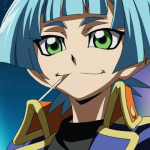 Sora eventually realized he was hurting people and reluctantly abandoned his old ways. Since then, he has formally turned his back on Duel Academy and becomes an ally of the Lancers, working to keep Celina and his first friends Zuzu and Yuya safe.

Sora is a short, young boy with light cyan hair, that is tied up and spiked out. He wears a blue jacket that bears some resemblance to Duel Academy’s Obelisk Blue jacket, with a yellow and orange trim over a black t-shirt. He also wears a pair of light gray cargo shorts over long white socks and brown shoes. Sora has also been shown to carry a pink/white lollipop around with him.

Sora Perse has also been noted by several characters as being extremely cute to the extent that they will side with him or give him what he wants. 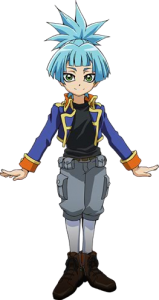 Despite his small size, Sora demonstrates an incredible degree of athleticism, being able to knock out three boys much larger than himself using only a lollipop stick, and later displays incredible jumping ability to quickly snatch Action Cards during Duels.

Sora is shown to be a huge fan of Yuya, to the extent of obsession. Sora is also extremely childish and persists until he gets his way. Sora has a habit of misunderstanding situations, often asking “Did I get it wrong?” in response to other peoples’ reactions. However, he later becomes more secretive, making sarcastic comments toward the students of Leo Institute of Dueling.

Sora Perse also shows exceptional knowledge of Duel Monsters for his age, including the different styles of Summoning and can strategize accordingly. However as such, he does not take Dueling seriously unless there is a Duel or Duelist that excites him, and ultimately, this is what motivates Sora: his own entertainment.

It is seen that Sora is much more serious and malevolent than he actually shows. He has a superiority complex and a huge ego. His pride can be seen earlier: he derides LID Fusion Summons and believes that Zuzu would be the clear victor in a match against them if she uses the techniques that he taught her, and after Yuto told Zuzu that “Polymerization” did not suit her, Sora was offended enough to challenge Yuto to a Duel. 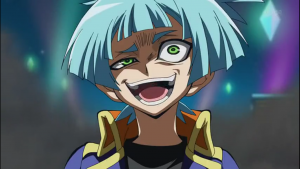 However, deep down it seems that much of Sora’s personality comes from his attachment towards the Fusion Dimension, as he truly considers the invasion of the Xyz Dimension to be a “gallant” battle, and that the only reason he could not allow himself to lose is because it would sully their honor. Being one of Duel Academy’s top students and trusted with their mission, he is very strict with himself, thus his behavior is likely a result of believing he is both honoring his comrades and doing right. 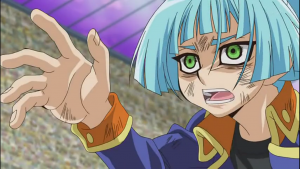 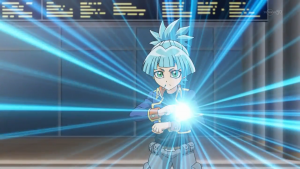 Due to his training at Duel Academy, Sora Perse is well-versed in the art of fighting. By simply throwing his lollipop stick, he can knock multiple people out at once. He is also capable incapacitating two (presumably) well-trained individuals while injured.

Sora also possesses incredible athletic abilities, as he was able to leap across rooftops while keeping up with Duel Runners (even jumping several feet in the air at one point).

In addition Sora has incredible endurance; and he is able to hang onto a helicopter’s wheels without much difficulty. 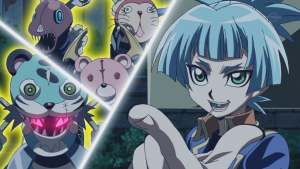 Although Sora prefers to Fusion Summon “Frightfur Bear” to easily acquire ATK power, he is also flexible and can Fusion Summon different monsters should the need arise, such as “Frightfur Leo” to destroy difficult monsters, “Frightfur Sheep” to disable the opponent from activating cards, and “Frightfur Tiger” to wipe the opponent’s field clear and deal the finishing blow. He also often uses “Edge Imp Tomahawk” as a way to damage his opponent during his first turn. 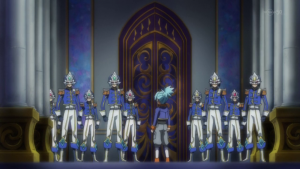 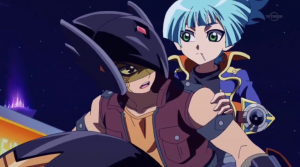