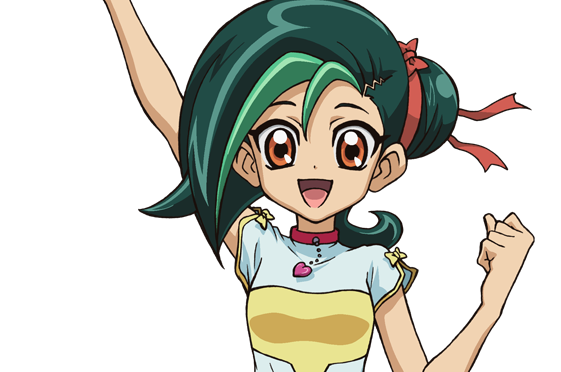 Tori Meadows, known as Kotori Mizuki ( , Mizuki Kotori) in the manga and Japanese version, is Yuma Tsukumo‘s friend and always travels with him wherever he goes throughout all his Duels despite the dangers. Due to her unyielding personality, she tends to tease Yuma for his mistakes; despite this, she still cares for him and never leaves his side. 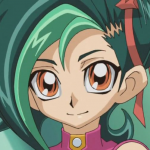 Tori is a young girl with green hair and orange eyes. She also seems to look a lot like her mother. She wears a schoolgirl outfit with a pink collar and skirt. When out of school, she wears a white t-shirt with yellow decal and a pink skirt. In her shopping attire, she wears a blue jacket over a white skirt and sandals. In the dub, she has a longer skirt than in the original. 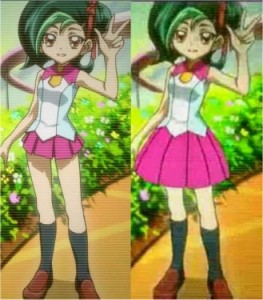 Tori is a very cheerful girl with the ability to manipulate computers, as demonstrated when Flip framed Yuma and she discovered the whole fiasco. She is protective and fiercely loyal to Yuma, she admires his unwavering will and determination of constantly challenging himself. Despite the fact that Tori sometimes gets annoyed by Yuma’s naivety and childish outbursts, she appears to harbor a deep crush on Yuma, evidenced by how she blushes and becomes slightly angered when Yuma talks about Cathy (as well as arguing with her over him) or when she smiles at Yuma’s antics. Tori is also shown to worry about Yuma’s safety when hearing that the “Number” cards are dangerous

Tori is also shown to have an extremely strong resolve and can be unrelenting at times.

Like Yuma, she is very forgiving towards others, trying to reach out to Vector, and does not display anger even when Vector deceived them. 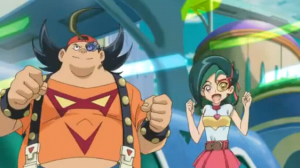 However, he does have some honor, as he returned Bronk’s Deck upon losing to Yuma as he promised and keeping all the Decks he’d stolen from people completely intact.

After witnessing Vector’s Duel against Yuma, Shark and Kite, Tori gained the ability to perceive Astral. 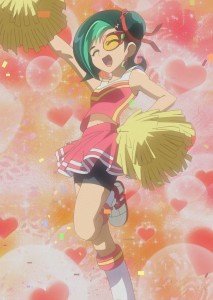 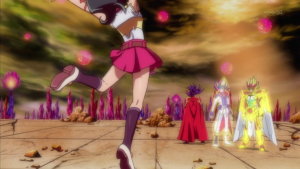